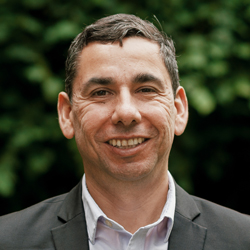 Coffee and chocolate. Many of us struggle to get through a day without one – or both – of our favourite luxuries. Yet, for the millions of small-scale farmers around the world who grow the cocoa and coffee beans we love, the price of an espresso or chocolate bar is a cruel joke.

While consumers eat more than US$100 billion worth of chocolate each year and drink two billion cups of coffee every day, many growers around the world struggle to make a decent living.

On the international markets, coffee prices are at their lowest ever in real terms. In May 2019, Arabica beans were trading at 86 cents a pound – the lowest since 2004. The price of cocoa collapsed by 33% at the end of 2016 and has still not fully recovered.

The continuing global slump in prices means many coffee and cocoa farmers can’t pay for the basics like food, housing and education.

The global markets for both commodities are notoriously volatile. Over production, climate change, currency exchange rates and government policies all influence prices.

But the overall trend is clear: traders, processors, brands and retailers are making fat profits while farmers get paid a pittance. Many cocoa farmers in West Africa – which supplies two-thirds of the world’s cocoa – earn less than a dollar a day.

Companies must stop paying lip service to sustainability and start buying coffee and cocoa at a price that enables farmers to enjoy a decent income.

Meanwhile, Central American coffee growers need between US$1.20 and US$1.50 a pound simply to break even – yet the current global price hovers around US$1.

Fairtrade believes the best way to eliminate extreme poverty is to pay farmers and workers a fair price for their crops. Our own research last year showed that only 12% of Fairtrade certified cocoa farmers in Côte d’Ivoire were earning enough to afford the basics, and that 58% were still living in extreme poverty.

That’s why we have increased the minimum price by 20% from October 2019 as a first step towards a decent income.

Focusing on these symptoms of poverty, rather than its root cause (dramatically unbalanced value distribution in the supply chain) distracts from calling out multinational companies and their part in perpetuating extreme poverty. In this context, achieving zero hunger becomes significantly harder.

Paradoxically, low prices are also bad news for consumers. Some Central American coffee farmers, for example, are simply abandoning their plots and migrating north to the United States.

Youngsters are unlikely to opt for coffee or cocoa farming as a career choice that doesn’t pay. Future generations of coffee and chocolate lovers may find their daily fix is scarcer or more expensive.

Unfair wages may mean coffee and cocoa production will decline

The multinational companies who control global coffee and chocolate supply chains must take a long, hard look at how they do business. Questionable sustainability claims – including in-house certification schemes – are undermined by a willingness to buy at below the cost of production.

Many companies that do source Fairtrade certified beans only purchase a fraction of their supplies on Fairtrade terms.

Fairtrade’s minimum price provides a safety net to help protect producers from volatile prices, and the Fairtrade Premium enables them to invest in their farms and communities as they wish. But Fairtrade alone will not achieve zero hunger.

Companies must stop paying lip service to sustainability and start buying coffee and cocoa at a price that enables farmers to enjoy a decent income.