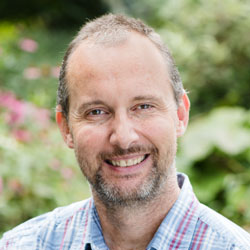 In response to the devastating escalation of fires in the Amazon, one of the most frequently-asked questions is: “How can we feed a growing human population, while protecting precious natural habitats such as rainforests?”

This question is especially timely on World Food Day, given that cattle ranching and soy cultivation are the main drivers of the current crisis in the Amazon.

The problem is that much of the cleared land, especially more recently in the tropics, is not being used productively. Here lies the opportunity to save our remaining forests and produce enough food for the world’s growing population. There is even the potential to expand forest cover, in many of these countries, through smart landscape restoration efforts.

Harnessing the power of digital technology to highlight land misuse

The area under palm-oil production in Indonesia could be multiplied by three times or more, without clearing any more forest, simply by making better use of already cleared and poorly-used lands.

This is critically important in the long term, because maintaining the health of natural systems is vital for global food production.

The rainforest that makes up the Amazon, spreading across an area equivalent to the continental United States, is also a massive rain machine that pumps water from the soil into the sky. The Congo Basin and Borneo rainforests serve the same function, not to mention the vast boreal forests across Russia and Canada. If we do not change course rapidly, deforestation and fires will disrupt this rainfall—and the agriculture that it supports regionally and as far afield as other continents.

Governments and business leaders must let go of the false dichotomy between environmental protection and feeding the world. Without strong land-use policies and the wise stewardship of forests and other ecosystems, our agricultural enterprises will suffer.

Scientists and agronomists have established concrete pathways that could quickly get us to a more balanced world. This transition depends on the willingness of policy-makers to undertake bold action; evidence-based planning and zoning for land use that benefits the many, rather than an elite few; and effective, well-resourced law enforcement to stop the illegal expansion of farming into forest areas.

Financing the shift to more sustainable farming and agriculture

Providing financial incentives to communities who live in and around forests—to compensate them for protecting important ecosystems upon which we all depend—is a powerful, proven solution. Additionally, it is important to reward farmers with higher prices (as well as other incentives) when they invest time and labour to study and adopt more sustainable farming methods.

Who is going to pay for this necessary, urgent, and large-scale global investment? The lowest-hanging fruit are hundreds of billions of dollars in existing agricultural subsidies that could be redirected to support the actions described above.

Redirecting even a fraction of this amount to support sustainable farming and forest protection would be enough to make a huge difference.

Looking to the future requires a collaborate effort

Building a viable and stable global food future begins now, by assigning greater value to the work of farmers and to the natural ecosystems that we all depend upon. Scientists have long recognised that the planet’s natural systems are interdependent. When policy-makers do the same, we will take an important step toward restoring the balance between farming and forests.