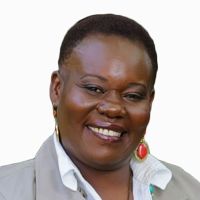 Elephants don’t always make good neighbours. Just ask a distraught farmer after he has woken to find his crop has been flattened. Or, worse, after a beloved child has been injured or even killed, trying to ward the mighty animals away from the fields.

Elephants don’t always make good neighbours. Just ask a distraught farmer in my country, Kenya, after he has woken to find his crop of bananas or maize has been flattened during a nocturnal rampage. Or, worse, after a beloved child has been injured or even killed, trying to ward the mighty animals away from the fields.

Human-Elephant Conflict, (or HEC), is now a big issue in Africa. In 2000, the continent was home to some 0.82 billion people. By 2050, according to the UN, this number will have increased to 2.53 billion. People encroach into what was undisturbed elephant habitat. Migratory routes are cut, national parks hemmed in by farmland.

Locals will not help end poaching while elephants destroy villages

The truth is stark; if we are to defeat the ivory poachers, we need solutions to HEC. If rural communities are hostile to elephants, they are not going to help governments stop poachers. They’re more likely to turn a blind eye, or possibly become involved themselves in illegal activity.

The race is on to find solutions. Electric fences, bee hives and chili plants have all been used to deter elephants, with varying degrees of success. What we’ve discovered in Kenya is that giving rural populations a vested interest in wildlife preservation mitigates the resentment caused by destructive elephants. Communities that receive employment and revenue from wildlife-watching tourism and infrastructure are more likely to have positive attitudes towards conservation

Outsiders, often from countries that eliminated their own dangerous animals hundreds of years ago, need to bear our realities in mind.  We Africans treasure our wildlife and our bio-diversity.  We wish to reverse the destruction and protect our wildlife for future generations.  But the economic realities of our peoples who live alongside the world’s most dramatic but dangerous wildlife, must be respected and considered.