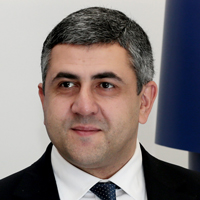 A thriving wildlife forms the very foundation of the tourism sector in many of the world’s destinations. It is closely connected to biodiversity and one of tourism’s natural assets.

Advancing tourism that respects and preserves the world’s natural heritage is at the heart of the mandate of the World Tourism Organization (UNWTO), the United Nations agency promoting tourism as a vehicle for sustainable development.

In countries across the world, tourism has been identified as a priority sector to jump-start growth, job creation and fight poverty. Tourism’s cross cutting nature means it has a strong multiplier effect due to the broad range of goods and services included along its value chain. Rightly managed, the benefits of tourism go far beyond tourism itself.

With tourism being identified as a driver of sustainable development and wildlife watching tourism as one of the main attractions to visit many destinations, connecting both sides is a clear winning strategy for all involved.

For many, talking about wildlife tourism is talking about tourism in Africa, home of the world’s leading destinations for this type of tourism. In fact, wildlife is one of the driving forces behind Africa’s tourism success, representing up to 80% of the total annual trip sales to the continent for the many tour operators, a share that keeps growing.

Poachers threaten not only wildlife, but economic development

Over the past decade, international tourist arrivals to the continent have almost tripled to 56 million. The message is clear: the return on tourism investment pays off and African governments are embracing this sector as a development tool given its proven ability to increase exports, develop skills, generate job opportunities, and attract infrastructure investment.

The draw of the region’s truly unique wildlife has largely contributed to this scenario. However, wildlife in Africa is facing one of its greatest crises in decades, with illegal killings of protected animals reaching unprecedented levels. Poaching is not only destroying precious ecosystems, it also poses a serious threat to socio-economic development.

The increase in wildlife crime is a result of several factors and has become a serious criminal activity involving transnational networks of well-resourced and organized groups. Its negative effects on economies, communities, fauna and flora affect the livelihoods of millions of people.

How do we face up to this challenge? Tourism’s economic and development footprint also implies the shared responsibility to raise awareness among policy makers and tourists on the devastating impacts of wildlife crime. Growing better is our answer.

One of the major milestones for wildlife protection has been the signing of the London Declaration in 2014 by 42 governments, a highly relevant contribution to the Convention on International Trade in Endangered Species of Wild Fauna and Flora (CITES). Specific action was implemented by UNWTO members such as Botswana, Chad, Ethiopia, Gabon and Tanzania, to launch the Elephant Protection Initiative, alongside other nations. The participating governments committed to a 10-year moratorium on ivory sales, a ban on domestic ivory trade and a decision to put all ivory stocks beyond economic use. These countries are exemplary to effectively addressing this challenge.

Sustainability means environmental preservation and protection of heritage but also participation and engagement and private-public partnerships constitute an essential path to advance towards the realization of wildlife tourism worldwide. Tourism has proven to be a strong link connecting all these elements

UNWTO remains deeply committed to mobilizing the international tourism community around this critical issue. Immediate and ongoing action is needed.