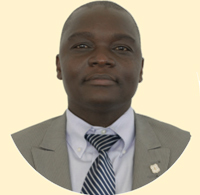 Malawi’s Illegal Wildlife Trade Review[1], published a year earlier, had come to similar conclusions, uncovering evidence of large-scale international trafficking of bushmeat, carnivore pelts, tortoises, pangolins, orchids, ivory and rhino horn. The Review served a wake-up call for urgent action to protect not just our own wildlife but also wild populations in the Southern Africa region as a whole.

Recommendations from the report were swiftly executed. As a result, in just four years, over 1.5 tonnes of ivory were confiscated, average monthly arrests for wildlife crime jumped from 0.7 to 9.5, and custodial sentence rates rose to over 90%, with judgments passed of up to 18 years. Consider, in comparison, that no-one convicted of a wildlife crime between 2010 and 2015 had been put behind bars and the average fine was just $40[2].

Moving beyond traditional wildlife conservation to incorporate practices used in combatting serious organised crime practices and combined with a collaborative, innovative and holistic approach have been critical.

Aside from improved protected area management, initiatives have included the launch of the country’s first wildlife crime investigations unit, critical amendments to wildlife legislation and pioneering justice programmes such as public-private prosecutions.

Poaching is, of course, a critical link in the chain, and local poachers can still expect to feel the full weight of the Malawian law bringing a trafficker to justice is proving an effective use of our limited resources. After all, it is members of organised international crime syndicates that ultimately exploit local communities, incite corruption, threaten our national security and provide the routes to overseas markets.

Given the resources required, and the fact that wildlife criminals do not respect governance divisions or national borders, inter-agency and transnational co-operation as well as funding and technical expertise from local and international partners have all been vital.

The diplomatic community have also stepped up, with Ambassadors and High Commissioners recently joining His Excellency, President Peter Mutharika, in a national campaign film, currently shown in Malawi’s airports, to remind foreign nationals of Malawi’s laws on the trade or possession of illegal wildlife products.

The Wildlife Act Amendment Bill was passed in Parliament in record time, increasing maximum sentences to 30 years and making it one of the strongest pieces of wildlife legislation in the region.  This robust response was in large part thanks to sensitisation through the Malawi Parliamentary Conservation Caucus, a group which includes representation from all parties and which His Excellency, the President, is a patron.

Strong political momentum has reflected a growing understanding within society that wildlife crime represents a serious threat to our natural heritage. It is encouraging that attitudes are shifting not just within high-level decision-making circles, but also within local communities that are playing a vital role in enforcement activities on the ground.

216 new species placed under protection in 2018

Now attention is being turned to the protection of our wider biodiversity. Last year, a further 216 species of animals, plants and trees were placed under legal protection, and we plan to apply our learnings to other illegal or unsustainable practices such as trades in timber, charcoal and fish.

Strengthened legislation and enforcement is a critical deterrent, but education is also key. People protect what they value and understand. That is why we must put institutional, attitudinal and behavioural change at the centre of any future solutions, applying good conservation governance across all sectors and connecting people to nature in their everyday lives.

Conservation is critical to Malawi’s economy

The value of conservation is obvious when it comes to tourism, which is flourishing thanks, in large part, to the return of the ‘Big Five’ to our national parks.  Our ecological infrastructure is essential for our economic prosperity, given its vital role in issues such as food security, disaster resilience, and human health.

Malawi is blessed with rich biodiversity but our plight reflects that of many countries around the world: that we ultimately cannot survive if losses continue along the current trajectory. However, I am most hopeful that applying the same high-level political will and pioneering collaborative approach I have highlighted here can also lead to the protection of our wider natural heritage both within Malawi and beyond.