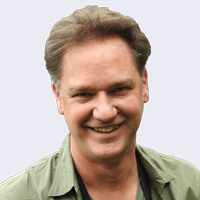 What connects the Arabian Oryx, California condor, and Kihansi spray toad? Like many others, they would be extinct without conservation translocations.

With the human population growing from three to nine billion from 1960 to 2040, threats like habitat loss, invasive species, and climate change urgently need long-term solutions. But can we also avert imminent species extinctions? Yes, we often can.

For example, conservation translocations using wild populations or those propagated under human care, yield releases where species need them most. The Mauritius kestrel was extinct in the wild and successfully reintroduced. Canada’s Vancouver Island Marmot seemed doomed, but reinforcements now increased populations eight-fold. Tortoise releases in the Indian Ocean and Caribbean have restored ecological functions lost with endemic species extinction. Torreya conifers in the USA. have even been moved beyond their range to mitigate climate change.

Collectively, thousands of species ranging from corals to rhinos have been moved and such programmes are increasing. Why? Because those applying sound science and international guidelines often yield tremendous outcomes.

So, is there hope? Absolutely! I believe we can save any species if we truly want to. Let us escalate the social, political, and financial will to do so – we owe it to nature… and to ourselves.

Image: Found only on Vancouver Island in Canada, the population of these alpine-dwelling rodents dipped to approximately 30 individuals in the wild. While still listed as Critically Endangered by the IUCN, extensive conservation efforts have resulted in an estimated population of 250 in the wild.