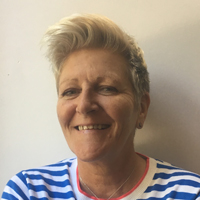 From our experience of taking calls on our helpline every day, it is clear that LGBT people are feeling the direct effects of an increasingly volatile political atmosphere, both here in the UK and across the globe.

Delivering one of the only funded development programmes for lesbian and bi women in the country, we hear about assumptions regarding sexuality, experiences of inappropriate curiosity from health professionals and years of misinformation and silence. So, what are the LGBT issues elbowing their way into the best seats at the moment?

Maybe, in order to answer the question, we need to re-frame it. Let’s try: What are the issues that are not being talked about and how is this pervasive silence affecting the LGBT community?

A sexual wellbeing survey for women

Last year, the LGBT Foundation Women’s Programme conducted The National Sexual Wellbeing Survey for Women. The last known national research on sexual health for lesbian and bisexual women before this was in 2008. One of the main goals of the survey was to grow the evidence base around women who have sex with women (WSW) and increase visibility of the needs of lesbian, bi and queer women, as a lack of evidence is often cited as the reason for not investing in work targeted specifically at LGBT women. A juxtaposition that has prohibited research for decades.

We launched the survey and made a reasonable, but ambitious, estimate of around 300 responses. By the time it closed, we had almost nine times that amount with over 2,500 participants. It was clear evidence that lesbian and bi women are in dire need of a vehicle through which to voice their specific needs and desires.

In our first stage of analysis, we found some really positive messages: 81% of WSW felt aware of the kind of sex they enjoy and desire, with almost 70% feeling comfortable to communicate with their partners about the sex they want to have. Some of the findings made for quite difficult reading

Our most difficult discovery, but one that was consistent with what we know anecdotally about our communities through years of working with them, was that 43% of WSW and non-binary people who answered our survey had experienced sexual violence. Only 26% accessed support, and of that, only 8% said that support met their needs.

This is an ear-splitting cry for inclusion, or rather for an ongoing dialogue that is LGBT specific and not a bolt-on to an existing heteronormative narrative that does not reflect the community.

One in five lesbian, gay and bisexual patients report that their sexual orientation is a factor in them delaying accessing health services.

Through our Pride in Practice programme, going into Primary Care Services to strengthen and develop relationships with their lesbian, gay, bisexual and trans patients, we have found that if LGBT people are to feel they can access healthcare, they need to feel that GPs, dentists, pharmacists and optometrists understand and can meet their specific needs and give them that person-centred care that we all deserve.

At the end of the day, it’s about consistency in all areas: awareness, crisis response, legislation and community. The rainbow flag flies high during Pride season, but we need to ensure that we keep the colours visible for the rest of the year as a constant reminder of the incredible lives that enrich our communities and as a clear statement that the needs of LGBT people should be a given not a gift.