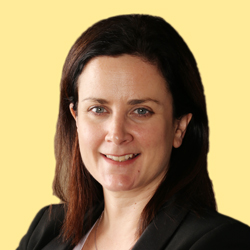 Unlocking human potential is a key challenge and huge opportunity in today’s tech industry. If we can help folks realise their potential, and that’s all types of folks, the more ideas, energy and passion we can unleash to create the best products and solutions.

A method to help people realise their potential is enable them to bring their authentic selves to work, not leave it at the door. To not be wasting energy on hiding their sexuality or in trying to behave in ways that are alien to them.

Culture is what you reward and censure

Having the values of Diversity and Inclusion or indeed Collaboration and Innovation stated on your website does not make it so. Organisational culture is what you reward and what you censure in everyday life. Having flexible working and shared family leave in a HR handbook doesn’t make you a supporter of this or make it a cultural norm. However, applauding employees (at every level) who have taken up these policies, with consistent internal promotion, and referenced by the CEO in their communications, goes some way to embedding inclusion as a cultural norm.

Conversely, side-lining men who take parental leave or women who go on maternity and stalling their career progression, are what leads to a culture of the same old song, one whose tune has no diversity of thought, ideas or innovation. The role of Allies, Advocates and Ambassadors are all key in creating a culture of inclusion and organisational success. Everyone has a role to play in rewarding good behaviour and calling out bad behaviour.. There is as much power in consistent “corridor conversations” as company-wide announcements.

Hope and belief get you so far. Collective action will get you further.

A fundamental element of the Tech Talent Council (TTC) was recognition that, to effect real change, we needed to work collectively. Our goal wasn’t to reinvent the wheel but to connect the dots. Today the TTC is an industry wide collective with over 360 signatories.

In our first TTC meeting where we reviewed the principles and objective of the TTC, the question was asked ‘What about the other underrepresented groups?’ A valid and vital question, especially to a group whose creator and co-founder was a gay woman. Whilst it was clear we passionately wanted diversity across the board we decided to start with the biggest underrepresented group, females, and build a framework to expand upon once progress was being made.

With a recent report indicating that there is a LGBTQ pay gap of 16 per cent, higher than the 9 per cent gender gap and 25 per cent saying they would not reveal their sexuality at work, there is much work to do.  The roles of Ambassadors, Allies and Advocates continue to be as vital as ever. Which will you play?