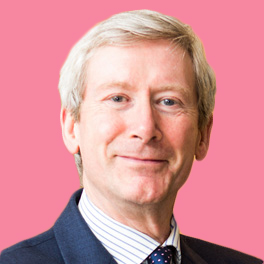 Not all facial shapes are alike; some males and females have square faces, long faces, round faces, concave or convex faces. But what is uppermost in a transwoman’s mind is to be able to avoid the ‘double take’ because an observer has noted something incongruous in her facial appearance.

In short, the bone is heavier in the male. The brain is programmed to differentiate between a male and a female face so, not surprisingly, your facial appearance following puberty is arguably the most important component of your body for identifying your sex to the casual observer.

The male face grows downwards and forwards, the brow becomes more protuberant, the face is larger, with a larger lower third of the face, a more prominent nose and heavier facial bones. Males also have facial hair, thicker skin and male pattern hairline.

The male brow is a different shape to the female brow. The bone is heavier in the male and the rim of the eye socket is lower. The combined effect is to make the brow lower and the eyes appear deeper and relatively stern compared to the female. Brow recontouring is a commonly performed procedure to feminise the male brow.

There are several techniques for reducing the volume of the lower face. The skeletal structure of the lower face comprises the upper and lower jaw, which vary in shape and size, particularly noticeably so between the male and female.

There are other facial features that might attract the observer’s attention. An obvious one is facial hair, but this can be managed with electrolysis, for example. The texture of the skin is another, and this can be improved with oestrogen therapy.

A strong profile is considered masculine

A strong profile is considered masculine and attractive in the male, but some women prefer a less prominent nasal profile. The distinction between male and feminine faces is that of proportion. A nose that contributes to a strong facial profile might be interpreted as masculine in appearance.

The male pattern hairline can be adjusted to reduce temporal recession and lower the hairline through an incision at the front of the hairline. Reshaping of the hairline is often included as part of a brow recontouring operation by adjusting the incision used for this procedure.

A prominent Adam’s apple is immediately interpreted as a masculine feature, so it is not surprising that transwomen feel very embarrassed if it is visible. Fortunately, this can be easily reduced with a small operation performed as a day-case.

Over the last 20 years, there has been a considerable improvement in the number of physicians providing support to the transgender community, not least in the number of surgeons providing facial feminising surgery (FFS). However, FFS is still not recognised as a core treatment and, as such, is not readily available in the NHS in England.