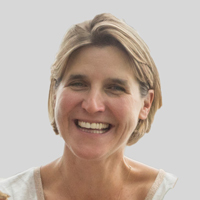 Food poverty affects millions of children across the UK. Policy-makers need to step up create programmes and initiatives to ensure that everyone has enough healthy food on their plate.

The UK is a wealthy country. Yet millions of people across our nation are facing a daily struggle to feed themselves and/or their children says Anna Taylor, Executive Director at the Food Foundation think tank. “There’s an idea that rich countries face an obesity problem and poor countries face a food poverty problem,” she explains. “But food poverty is a global issue — so it’s a much more complicated picture than that.”

The UK’s food poverty statistics are both worrying and depressing. The stats are linked to wages remaining low while costs go up, and individuals falling through gaps in the benefits system.

A new Food Foundation affordability report highlights that 3.7 million children in the UK are likely to be unable to afford a healthy and balanced diet, as defined by the government’s Eatwell Guide. It also notes that the poorest households in the UK — those earning less than £15,860 — would have to spend 42% of their disposable income to meet the dietary recommendations outlined in the guide.

Cutting back on food

What’s needed is food security for everyone. Taylor characterises ‘food security’ as being able ‘to secure at all times enough food of sufficient quality and quantity to allow you to stay healthy and participate in society’.

She also points out that there are varying degrees of food insecurity. For example, at one end of the scale, a family may have to make cut-backs on healthy food. At the other, it may have to cut-back on food, full stop. “That’s when you know you’ve tipped into severe food insecurity,” says Taylor.

It’s not just about going hungry. The consequences of being unable to put food on the table can be devastating in all kinds of unexpected ways. “Maybe you aren’t able to invite your children’s friends over for tea because there’s not enough food spare,” says Taylor. “Or maybe you have to send your kids off to their grandparents’ every weekend because that’s where they’ll get a meal.” You might even have to resort to visiting a food bank (The Food Foundation report notes that food bank usage has risen to unprecedented levels) — or even stealing or begging.

Food insecurity creates another harmful impact, notes Taylor. Parents who don’t have the money to take risks with food are less inclined to introduce new fruit or vegetables into their children’s diet in case what starts on their plate ends up in the bin. “So they just stick with the food they know their kids will eat, which often ends up being highly calorific, highly processed and low in nutrients.”

These factors can all lead to another problem: health and obesity issues. Recent reports show that children from food-insecure households are more prone to chronic disease in late adolescence. “There’s a cluster of health consequences that go with the stress of food insecurity,” says Taylor. “The anxiety, depression and general mental health impacts are massive, because getting food for your children is the only thing you think about, day in and day out.”

The answer to food insecurity lies in the hands of policy-makers, says Taylor. “There are various things that could be done. For example, school holidays are a particularly difficult time for low-income parents, so kitchens that would otherwise be idle could be used to feed children who are entitled to free school meals after the age of seven.”

And the focus of supermarket promotions, such as Buy One Get One Free, needs to change. “Unhealthy calories are three times cheaper than healthy calories,” says Taylor. “The trouble is, people in poverty rely heavy on those kinds of deals — so let’s have them on healthy food instead.

I think there’s a disconnect between policy-makers and what’s really happening on the ground; so a concerted effort from government is needed with the right mix of policy and programmes to prevent food insecurity from occurring in the first place.”