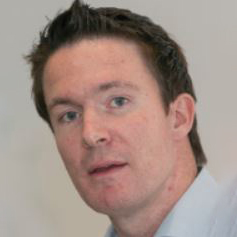 With data screens, smartphones and satellite images, the world’s farmers now have unprecedented access to information that’s changing the way they work.

With only 3 per cent of the world’s land mass available for agriculture, almost 800 million people suffering from severe malnutrition* and an ever increasing global population the stakes for food security have never been higher. Agricultural start-ups and multinationals alike are tackling the issue, and specific concerns – such as soil depletion and over-use of pesticides – which arise from intensive farming techniques. “We need to focus less on inputs and more on outcomes,” says Tobias Menne, Head of Digital Farming at chemical and pharmaceutical giant Bayer. “It’s important that we change our business model from selling units or kilos of products to offering outcome-based services. That’s a paradigm shift.”

Digital devices such as drones, field robots, decision support software and smart irrigation systems are already benefiting farmers. Satellite imagery can view not only individual plants but the underlying soil. “The granularity of the information we can now access is truly unprecedented,” says Menne. “For the first time, growers can understand exactly where pests, weeds and diseases are, in real time, as well as the state of the soil where their crops are growing.

We’re heading to a future with less pesticide use, which really improves the environmental footprint.

That means they can take a far more specific approach – why on earth would they use a herbicide in a place where they can see there are no weeds?” The bottom line is that we’re heading to a future with less pesticide use, which really improves the environmental footprint, says Menne.

“Before, selling more products meant more business for a company like Bayer; whereas in future, the fewer products we sell the better, because we’re selling outcomebased services. With sensor devices, we can learn a lot more about what is and is not helping crops and livestock and create a better way of doing things.”

Digital techniques will help smallholder farmers much more than the larger farmers, says Menne, because they are the furthest away from an agricultural optimum. The cockpit of a tractor/combine harvester on a major farm these days may boast a dazzling variety of screens collecting and emitting data using satellites, but small rural farmers in remote areas of the world are also benefiting from new techniques via the smartphones already essential to their business.

“In the future, we will be able to advise smallholder farmers wherever they are,” says Menne. “Should he plough this particular field to get rid of weeds, or use herbicides in a targeted way? Ploughing does help control weeds, but it releases loads of CO2 into the atmosphere. Is this weed or pest going to destroy his crop or might it go away on its own? He can take a picture on his phone and we can tell him what it is and what to do about it – that’s the level of complexity we can deal with now.”