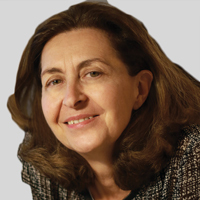 Improving animal welfare is not only an ethical prescription, it is a guarantee of sustainability.

A fresh perspective is arising on animal welfare issues, with a growing awareness that animal welfare is consistent with sustainable livestock development. This evolution will undoubtedly contribute to the development of new, more animal-friendly practices.

A growing population to feed

The human population is growing, and expected to reach 10 billion by 2050, boosting agricultural demand. As a result, the demand for animal protein, e.g. coming from milk, eggs or meat, is expected to increase by 70% by 2050.

Ethical and economic drivers for animal welfare consequently constitute complementary components that should be taken into account simultaneously.

At the same time, in many regions of the world, conventional livestock systems and supply chains are generally still linked with serious animal welfare issues, leading to ethical challenges, but also to disease spread, production inefficiency, and consequently to economic losses and poor food quality.

Consumers’ expectations of a more sustainable livestock production, which is more respectful of animal welfare, are also broadening. However, in many countries, the burden of rural poverty, as well as poor food safety and security still lead to problems of child malnutrition and high mortality.

How can we feed the world, while respecting animal welfare?

Ethical and economic drivers for animal welfare consequently constitute complementary components that should be taken into account simultaneously.

It is by addressing this challenging equation that we will build a world where the welfare of animals is respected, promoted and advanced, in ways that complement the pursuit of animal health, human well-being, socio-economic development and environmental sustainability. Animal welfare should no longer be considered as an additional constraint but as an intrinsic component of production systems.

To make this a reality, the World Organization for Animal Health works with its 182 Member Countries to help them define and put into practice international standards addressing animal welfare. By implementing them, national veterinary services can make a concrete and significant contribution not only to animal protection but also to the well-being of human populations across the world.

Our Actions are our future: Protecting animals means preserving our future and contributing to a #ZeroHunger world by 2030.