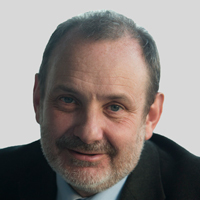 Director, Department of Nutrition for Health and Development, World Health Organization (WHO)

How do we define ‘malnutrition’?

There are different forms of malnutrition, which cause different problems. There’s undernutrition, or ‘stunting’, where a child has a low height for their age; and ‘wasting’, or acute malnutrition, where a child has a low weight for their height. Then there’s ‘hidden hunger’ caused by a shortage of vitamins and minerals, which can lead to noncommunicable diseases such as anemia. An individual who is overweight or obese is also malnourished. These different forms can be present in the same communities, and even in the same individual, at different stages of the life course or at the same time.

What are the latest figures regarding malnutrition?

Globally, stunting is estimated to affect 151 million children under five, and wasting is thought to impact 51 million. Meanwhile, 38 million children under five are overweight. The world is facing a double burden of malnutrition. It’s not just high-income nations that have obesity and low-income nations that have undernutrition. The challenges overlap in many countries. On the plus side, we are seeing a decline in stunting — although not as quickly as we would like. We want to reduce it even further, by 30%, by 2025.

Is poverty the cause of malnutrition?

Around the world, countries are making general commitments to better nutrition; but we want them to make specific ones which are measurable and time-bound

Poorer socio-economic groups have higher proportions of malnutrition, whether it’s undernutrition, vitamin or mineral deficiency or obesity. But it’s not just having a low income that’s the problem. A person’s entire environment — including their access to, say, good services, healthy food, clean water and sanitation — can be a factor. Inadequate breastfeeding can lead to malnutrition. That might occur when a mother has to return to work soon after delivery because her job offers little in the way of maternity protection, or because she does not receive adequate support by health workers. And, of course, children experience severe malnutrition in those countries that are affected by famine and war.

What is the UN Decade of Action on Nutrition?

Around the world, countries are making general commitments to better nutrition; but we want them to make specific ones which are measurable and time-bound (SMART). That would be a game-changer towards achieving a healthier and more sustainable future. The UN Decade of Action — proclaimed in 2016 — sees various member states coming together to make specific commitments to address nutrition over the next 10 years across a number of policy areas. That includes making more investment in healthy food production; providing nutritional services in primary health care, social protection and adequate educational information to consumers; and changing rules of trade. This can be achieved by 2025: we don’t want to see generation after generation of children suffering from all forms of malnutrition. But we do have to see results in years, not decades.