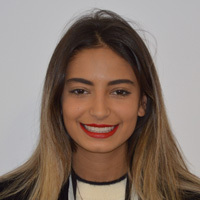 Communications and Marketing, the Stars Foundation 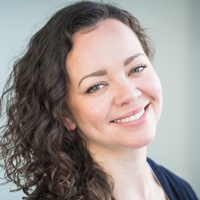 When girls are left out, the inequality, marginalisation, and isolation affecting girls remains unchallenged.

Credence to the rapid growth of technology which has broken down unprecedented communicative barriers, for the first time, we have an age of people who have been brought up in a global culture. Young women and girls have been made aware that gender inequality is deep routed in all societies and is a global injustice.

Consequently we now have a feminist movement fuelled by the depressing heavy drip of #MeToo stories, legal suits and headlines – but what can be done to truly ensure sustainable development toward gender equality?

Young women and girls have been made aware that gender inequality is deep routed in all societies and is a global injustice.

Working in the gender development sector, you are made conscious that it is girl-centred and girl-led organisations who are on the frontlines of responding to girls’ needs and driving impactful change towards a more equitable world. Organisations which are rooted in girls’ own realities and are led by girls have the greatest potential to propel change that is truly transformational.

Girls are a catalyst for change and typically feel the burden of poverty the greatest. It is they who have the drive to unleash radical change in a growing patriarchal and authoritarian world. There is a hugely inspiring lesson to be learnt from the capabilities of adolescent girls – from the confidence and ability they are able to show to their resilience and determination in the face of extremely challenging circumstances and pervasive discrimination.

Organisations led by girls have the greatest potential to propel change

Girl-led organisations frequently lack the resources they need to operate effectively and achieve their mission. Despite the critical role that women and girls play in sustainable development, the World Bank estimates that less than 2 cents of every $1 spent on international aid is directed towards adolescent girls.

Until we acknowledge and tackle the issue that women and girls locally-led organisations are significantly underfunded, unrecognised and underestimated, we cannot begin to take the steps needed toward creating a safe, gender equal world for future generations.

Less than 2 cents of every $1 spent on international aid, is directed towards adolescent girls.

Locally led organisations are best placed to make decisions about where to spend their funds and flexible funding is needed to allow small organisations to adapt to ever-changing circumstances and invest their funds where they need them. The lack of funding provided to feminist activism limits girls’ abilities to organise themselves, to be included in decision making processes, and to make their voices heard.

When girls are left out, the inequality, marginalisation, and isolation affecting girls remains unchallenged. It is only when funders (governments, private philanthropy and individuals) are more aware that powerful girl-led groups exist and see why girls are a priority for equitable development, that an enabling environment can be created in which girls have the resources and platforms and tools they need to drive change.

Citizens can and must play a leadership role in addressing the lack of resources available to grassroots girl-centred and girl-led organisations. When funders are more aware that powerful girl-led groups exist and understand why girls are a priority for equitable development, and truly believe in the power of collective organising to propel change, then an enabling funding environment is created in which girl-led and girl-centred organisations can survive and thrive. By amplifying the voices of girls we have a real opportunity to influence policy makers and create lasting change for girls.