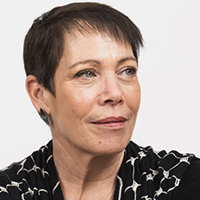 Through the arts we can challenge and change the narratives that perpetuate gender inequality.

100 years on from women winning the vote, how much progress have we made towards becoming an equal society, and how much further is there to go?

This year marks the 100th anniversary of the right for certain women in the UK to vote. It’s hard to imagine that before then, women were not able to direct their own lives or the decisions of those who governed them.

Today, gender equality is a mainstream concern, with boardrooms engaged in the debate around achieving parity in the workplace, a government that is demanding pay transparency and educational institutions encouraging women and girls into professions previously denied to them. Globally, we’ve recently seen an end to child marriage in Malawi and a lift on the ban for women drivers in Saudi Arabia.

So far so good. But we are not “there” yet and there is no time for complacency. Women are still not equal. Equal work does not equate to equal pay. So many are still suffering from stereotypes that should no longer exist. They continue to live in fear of sexual harassment, abuse of power, or worse, violence in the home, at work, on campuses or on the streets. So while we’ve made great progress, when we ask the question ‘are we there yet?’, the answer is a resounding no.

What do the arts have to do with creating a more equal society?

The arts offer a place to address difficult topics and engage in narratives that can direct behaviour. Theatre, music, dance, exhibition and discussion all connect audiences with ideas and challenge old thinking. HeForShe Arts Week was established to tap into this wealth of opportunity and work with artists to find a new narrative.

As children, we are told stories that shape our beliefs and the societies we live in. Stories of damsels in distress, wicked witches, heroic princes… But what are the stories of today that will shape society tomorrow?

Why should boys and men care about gender equality?

The more important question is: ‘Why should we all care about equality?’ Increasingly, leaders are recognising that where there is greater equality, economies flourish, communities are more stable, there is less conflict and there is greater potential for societies to thrive. Statistics from the McKinsey Global Institute (2016) to the World Economic Forum show that the greater a country’s gender parity, the greater the GDP per capita.

But, as history has shown, we will not achieve equality by excluding half of the population. Both men and women need to become agents of change and build as equal partners, crafting and implementing a shared vision of equality that will benefit all of humanity and create a better shared future.

This year, HeForShe are addressing the theme of ‘Changing the narrative’. What does this mean, and why is it so important?

When I was growing up, I was one of the lucky ones. I was raised in a home where both parents told me that as long as I worked hard, I could be whatever I wanted to be. But I was shocked when the narrative of the world outside my home did not fit the narrative inside it.

Teachers told me that some of the subjects I wanted to study were not available to girls. Girls were expected to nurse dolls and bake – and boys who wanted to do those things were ostracised. Every female character in every book or film, was a damsel in distress – and if they didn’t conform to that role, they were a wicked witch. The same felt true in society.

Through the arts we can challenge the old stories that perpetuate inequality and create a new narrative. With the support of arts organisations we are bringing the conversation directly to people through debate, comedy, visual arts, dance, film and music to drive social change.

HeForShe Arts Week London will illustrate the beginning of a new suffrage movement – one that says “Time’s Up,” because what was started 100 years ago has not yet been completed. Because we need to change the way we think and the way we act. Because it is time.