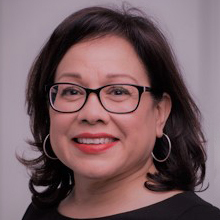 Many people around the world are increasingly aware and concerned about the crisis facing our planet’s iconic species and the danger of extinctions.

Indeed, wildlife around the world is facing various threats, including habitat loss and demand for illegally-sourced wildlife and their products, which has led to massive poaching and trafficking.

But I also believe we must make more efforts to communicate the good news and give reasons for hope. The poaching of African elephants has been on the downward trend for seven consecutive years. In some range countries the populations have been increasing, thanks to the concerted efforts in source, transit and destination countries, including the ban in domestic trade in ivory in key destination countries. Rhino poaching in South Africa has also declined for the last four years1 and more rhino poachers were convicted in 2018 than ever before. The recent 15-year sentencing of the “Ivory Queen” in Tanzania, is another good example which shows that countries are serious about wildlife crime.

We now have political commitments from the highest levels. There have been three resolutions on combating wildlife trafficking adopted by the United Nations General Assembly. The UN Sustainable Development Goals also address illicit trade in wildlife. Such commitments must be – and are being – translated into action on the ground, particularly at the national level.

But there is always more that can be done to continue these upward trends. CITES is taking a three-pronged approach to deal with wildlife trafficking: through law enforcement, demand reduction and improvement to the livelihoods of rural communities, including through collaboration with the International Consortium on Combating Wildlife Crime (ICCWC).

Over three billion people depend on marine welfare

The theme of this year’s World Wildlife Day is, “Life below water: for people and planet”. Over three billion people depend on marine and coastal biodiversity for their livelihoods.

While wildlife has sustained human civilization and development for millennia, all the threats facing the world’s wildlife are caused by people. People can and must be the solution.

In particular, we must engage and build the resilience of poor, rural communities that live alongside wildlife or are dependent on the conservation and sustainable use of wildlife. Most of the success stories in CITES include improving rural communities’ livelihoods through legal, sustainable trade. We have such stories from every continent involving a wide range of species. We need policies to spur more of such effective engagement with people.

The ever-growing level of interest in CITES demonstrates the confidence of the world’s governments in this convention. It also clearly demonstrates the parties’ aim to implement CITES as a mechanism to address the United Nations Sustainable Development Goals, as it pays equal attention to environmental, social and economic sustainability.

The Protecting Our Wildlife Campaign will be ongoing in the run-up to the next World Wildlife Conference – the CITES CoP18, where the 183 CITES Parties (182 countries + the European Union) will gather in Colombo, Sri Lanka, to address some of the most crucial issues in wildlife conservation. We invite you to join us in our efforts to successfully conserve and sustainably use wildlife and spread the news on best practices; we must show what can work and what has worked to ensure that trends improve for all endangered species.