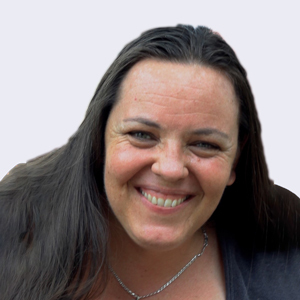 Wildlife trafficking is one of the biggest threats facing many of the world’s species, driven by an insatiable demand for products like ivory, rhino horn, pangolin scales and tiger bones.

Many of the world’s wildlife species are in crisis. Today, we see extraordinary levels of poaching and trafficking of iconic species such as rhinos, elephants and tigers driven by greed, corruption and demand. The levels of poaching are now posing a serious threat to their survival in the wild.

This threat goes far beyond these iconic species and includes many others such as pangolins, plants and reptiles. We will only ever stem this horrific trade, if there is global cooperation and collective ambition from across the private sector, local communities, governments and non-governmental organisations (NGOs).

As The Duke of Cambridge has said; “We cannot afford for this fight to be a priority solely for conservationists any more. It is an issue for us all.”

1,000 human deaths due to wildlife trafficking in 10 years

The impacts of wildlife crime reach far wider than just a decline in species. Valued between $5-23 billion USD per year, wildlife trafficking ranks amongst the four most lucrative global crimes and is linked to instability and criminality in both demand and supply countries. This transnational, organised crime is fueled by corruption. It damages economic growth and sustainable development and robs communities of their future.

Over a thousand rangers have been killed in the line of duty in the last decade.Through trafficking, thousands of local communities are being deprived of their most valuable natural resources and a route out of poverty.

In His Royal Highness’s global efforts to combat many other criminal activities, United for Wildlife has driven the engagement of the private sector, not simply to ask them for funding but to learn from them and to use their knowledge and expertise. Combatting wildlife trafficking should be no different given that the products move through global transport routes and the proceeds touch global financial institutions.

Working through partnerships to support change

The sheer scale, criminality and impact of wildlife crime is often misunderstood and under estimated. It is often seen as someone else’s problem. After years of incremental progress, small wins and small successes are no longer good enough. We need to be bigger. Only together, globally, through innovative partnerships will we have the kind of impact so urgently needed.

The private sector is crucial in these efforts. Partnerships with businesses that have touch points with illegal wildlife trade chains is key to breaking these chains. We need to disrupt and deter the supply and we need to destroy the flow of illegal money.

Through United for Wildlife, The Duke of Cambridge leads two taskforces – in finance and transport – that are driving theaction needed to eradicate wildlife crime. With more than 100 transport companies and 30 financial sector stakeholders, collaboration with these partners is crucial if the species and communities impacted by poaching are to be given a future.Too often good work is done in a silo, rather than in a partnership.

The Transport Taskforce is helping disrupt transport routes that move illegal products while the Financial Taskforce is working to root out illegal income. It will enable disruption of global criminal enterprises that are sophisticated, coordinated, adaptable and professional.

Only working together with governments, private sector and civil society, and across borders and continents will provide the necessary fully integrated approach needed, and only where we work together, will it work at all. These partnerships mean there is no need to re-invent the wheel. It just means using it better.

As The Duke of Cambridge said: “by disrupting the income of the illegal wildlife trade, we can disrupt a global criminal enterprise that brings great harm to communities all around the world. And we will be part of something that protects wildlife for future generations.”