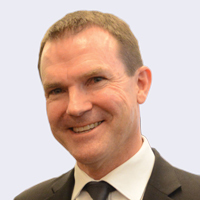 Well-managed wildlife-based tourism offers economic opportunities that support wildlife. When local people have a stake in it they will be the best protectors of wildlife.

If you love wildlife, get out and see it; you may also be helping its survival. But never forget: wildlife and the local people living among it must also be respected – by all of us.

The UN World Tourism Organization estimates that 7% of world tourism relates to wildlife tourism, growing annually at about 3%, and much higher in some places, such as in world heritage sites.

The assets that underpin this tourism – the wildlife itself – is under severe threat: poaching for illegal trade, bushmeat and energy; loss of habitat through land-use change, driven by agricultural expansion and resettlement; pollution; the effects of climate change and increasing human-wildlife conflict as human populations growi.

Poorly managed tourism has negative impacts on wildlife and the environment. The sheer volume of tourists can pose a serious threat to wildlife.

But on a crowded planet of well over seven billion people and growing, we need viable land use options that support wildlife. Wildlife-based tourism is a critical part of the mix.

The Akagera National Park in Rwanda has seen an inspiring revival in less than a decade due to strong political leadership and good managementii. By securing the area and working with local communities’ wildlife, tourism, local jobs and enterprise are on the rise and poaching has stopped.

Local people are the best protectors of Akagera’s wildlife. Working with local rangers, their education and development is being supported through conservation. The running costs of the park are now 75% covered by fees earned from park entry fees and tourism.

Wildlife destinations are often remote from capitals, with limited employment opportunities. This opens up opportunities for tourist operators to invest in local communities in a way that will benefit them, wildlife and their business. That’s a win-win-win scenario.

It takes effort, including helping local people acquire new skills, but it reaps high rewards for communities, economies and wildlife. The remote Liuwa Plain National Park in Zambia recently established a high-quality tourism lodgeiii. The park is now the single largest employer in the region.

Through investment decisions and community engagement, tourism operators can lift local people out of poverty in a mutually beneficial and self-sustaining way. If they don’t employ locally and all the profits go offshore, they are no better than the poachers and the smugglers.

By doing the right thing, tourism operators are both protecting wildlife and investing in the core natural asset that underpins their own wildlife tourism venture.

The tourism sector is stepping up with various industry associations and organisations pledging their support to join the fight against illegal wildlife trade. But operators can’t do it alone. How we behave as individual tourists is ultimately what counts, and that is our choice.

i UN DESA, June 2017 Press Release Africa’s population is estimated to double by 2050