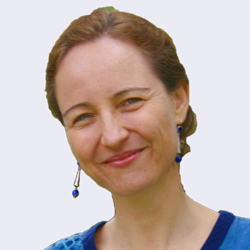 A decade ago, scientists referred to the species impacted by climate change as canaries in coal mines. Today, they are commonplace, spanning every ecosystem on earth.

The impacts of climate change are vast. Ranging from dramatic coral reef loss and mass bat die-offs in heat-waves, to the slow decline of butterfly populations as old breeding grounds become unsuitable.

How do we protect wildlife?

Healthy, abundant populations cope better with climate change stresses, so minimising other threats is imperative. Creating and protecting large natural spaces for wildlife provides climatic refuges, opportunities for populations to thrive, and pathways for species to track shifting climates. In extreme situations, conservationists can use intensive management like providing shelter, water points, or even moving species to assist.

But, overall, there is a limit to the extent to which wildlife can adapt and conservationists can help. Our most valuable action is to slow down the rate of climate change.

There are hidden risks in our solutions

Alternatives to fossil fuels underpin wildlife’s survival. These energy alternatives increasingly include biofuels. But fertile land is far from infinite, and so biofuels, nature, and food production now compete for space.  We have not reached it yet, but there is a point at which the cost to wildlife from habitat loss will outweigh the benefits from reduced warming. Focusing on solutions beyond biofuels is critical.

Together, oceans and plants take up more than half of the carbon dioxide humans emit each year. Protecting wildlife is protecting ourselves.