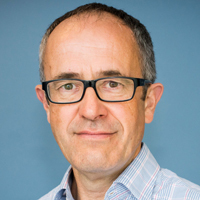 One in nine people globally do not have clean water close to home. One in three people do not have a toilet. Everyone needs to step up to the challenge of providing safe water and toilets by 2030.

Over 150 years ago, the link between water polluted by human waste and cholera was made by epidemiologist John Snow. A few years before, Ignaz Semmelweis made the case – later accepted to be correct – that unwashed obstetrician’s hands killed new mothers by causing sepsis.

One third of schools do not have water or toilets, meaning children become dehydrated during the day and have to use school grounds for a toilet – creating a dangerously unhygienic environment. In the one third of healthcare facilities without clean water, patients are put at high risk of infection as it is impossible to keep wards clean.

1/3 schools do not have water or toilets, meaning children become dehydrated during the day and have to use school grounds for a toilet – creating a dangerously unhygienic environment.

The consequences of this shocking situation are grave – one child dies every two minutes from diarrhoea caused by dirty water and lack of sanitation, the World Bank estimates that, in 2015 alone, a lack of sanitation cost the global economy $230 billion and women waste hours of their lives daily walking to fetch water that is – even then – often unsafe.

Why does this situation continue? There are some technical challenges to water engineers – the growing impact of climate change on providing sustainable service being one such challenge but, in general, the difficulties are not logistical but political.

Decision-makers do not see sanitation problems

Too often the water and sanitation is hidden in areas less frequented by those politicians and decision makers with the power to make the change, such as remote rural locations or chaotic illegal slums. While access to water and sanitation are both human rights, the breach of these rights is too often accepted as ‘the way that it has always been’. The determination to end the crisis lacks urgency.

Few politicians seem to want their legacy to be a commemorative plaque outside a sewage works or community toilet block – despite the fact that prioritising these areas would transform the health, wellbeing and prospects of communities.

One notable exception is Indian Prime Minister, Modi, who has pledged that everyone in his country will have a toilet by the end of 2019 – a monumental challenge given that around half its population in 2014 did not have one.

In 2015, the international community, led by the United Nations, promised that, by 2030, everyone, everywhere would have safe water and toilets – but recent reports show that on current progress the deadline will be missed. The need is urgent for everyone – governments, businesses, financial institutions, as well as development organisations like WaterAid, to ditch business as usual and step up to the challenge of ending the water and sanitation crisis in this generation.