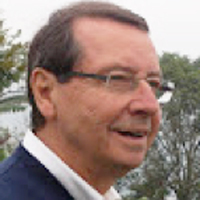 Trachoma is an infectious disease. It is the world’s leading cause of infectious blindness. Yet small interventions — such as better attention to hygiene — make it easily preventable.

You may have never heard of trachoma — and you wouldn’t be alone, even though it’s the world’s leading cause of infectious blindness. Classified as a neglected tropical disease, its effects are devastating. It has caused visual impairment in approximately 1.9 million people, of whom 1.2 million are irreversibly blind. In 2018, 43 countries are known to require interventions for trachoma.

Yet the tragic irony is that, with simple behavioural changes, it’s also an entirely preventable condition.

“Trachoma is concentrated in the world’s poorest, most disadvantaged communities,” says Professor Serge Resnikoff, President of OPC, the Organisation pour la Prévention de la Cécité (Organisation for the Prevention of Blindness). “Yet it used to be widespread in Europe, for example. And many immigrants arriving in the US in the early 1900s were turned back because they showed signs of infection.”

In endemic countries, ‘active’ or inflammatory trachoma — caused by the microorganism Chlamydia trachomatis which leads to bouts of chronic conjunctivitis — is common among children. After years of repeated infections, the inside of the upper eyelid becomes scarred and distorted, and the eyelashes turn inwards and begin to rub against — and ultimately damage — the cornea. If not corrected with surgery (which is not available in many remote areas), this can lead to blindness. Trachoma symptoms include itchy eyes, ocular discharge, pain when the eyelashes turn inwards and, finally, loss of sight.

Current treatment is with antibiotics — and, as yet, there is no vaccine. “It would be very useful to have a vaccine because we know that there are still countries where the disease is going to be a problem for a number of years,” says Professor Resnikoff. “Unfortunately, I’m not optimistic we will see one soon because research into a vaccine is a very complex development.”

How countries are eliminating the disease

Yet there is good news in the fight against trachoma, he insists. A comprehensive public health approach, endorsed by the World Health Organization and known as the SAFE strategy, has been implemented to control the disease. (SAFE is an acronym which stands for Surgery for inturned eyelids; Antibiotic treatment for people with the condition; Facial cleanliness and improved hygiene; and Environmental improvements to living conditions, specifically regarding water, sanitation and waste disposal.)

This has been effective in a number of countries. For example, 10 years ago, Burkina Faso and Mali were badly affected by trachoma; now, however, they are nearing disease elimination.

“That kind of progress is possible when the SAFE strategy is implemented in a systematic way, and when local health authorities are fully engaged in beating the disease and work closely with external partners and NGOs,” says Professor Resnikoff.

Trachoma can be spread by flies — but the leading cause of transmission is person to person contact. “It’s important to remember that trachoma disappeared from many places on our planet before the first antibiotic was invented,” says Professor Resnikoff. “It was eliminated from Italy, France, UK and the US, for instance, because of changes in lifestyle and better hygiene. This shows that improved hygiene is by far the best way to prevent trachoma. So, face washing is crucial; and it’s also important to avoid sharing towels.” The disease can also be spread via infected discharge on clothes and bedding.

To win the war against trachoma, schools need to teach children about the importance of hygiene, notes Professor Resnikoff. Adults, meanwhile, need to understand the best way to care for children who have symptoms of the disease, including discharge from their eyes or nose. “Unfortunately, knowledge is not enough,” he says. “We need to go beyond knowledge so that it develops into real behavior change. That is why it’s so important to work with organisations on the ground who know the local communities and who are much better placed to effect proper change.”