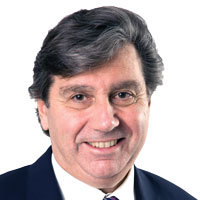 Oxo-biodegradable plastic will become biodegradable much more quickly than ordinary plastic, and will then be recycled back into nature by bacteria and fungi on land or sea.

All plastics will fragment when exposed in the open environment, but the problem with conventional plastics is that their fragments will lie or float around for decades before becoming biodegradable. During that time they break down into microplastics and may attract toxins. Marine life often consume these microplastics, mistaking them for plankton, which can begin the process of toxins moving into the human food-chain.

Oxo-biodegradable technology was therefore invented to speed up the degradation process, by adding a catalyst which promotes oxidation. The catalyst is dormant during the intended life of the product and activates on exposure to the open environment.

Oxidation reduces the molecular-weight of the polymer by dismantling the molecular structure. This is easy to prove, using the methods prescribed by international standards such as ASTM D6954, and is well-documented in the scientific literature. When the molecular weight has reduced to 5,000 Daltons or thereabouts, it is no longer a plastic and is accessible to bacteria and fungi, who will recycle it back into nature. It definitely does not just produce fragments of plastic.

It is less easy to observe the action of the bacteria and fungi, but it can be done. In 2016, a sample of oxo-biodegradable plastic, which had degraded in seawater, was sent to Queen Mary University London, who observed it being consumed by bacteria that are commonly found on land and also by bacteria commonly found in the oceans. They see no reason why the bacteria should not continue to consume it until there is nothing left. The oxo-biodegradable plastic had no adverse effect on the bacteria.

What is a ‘reasonable’ timescale for plastic degradation?

As to timescale, no government has ever said what they regard as a reasonable time for plastic degradation. They accept that ordinary plastic takes decades to biodegrade, and this is why there is so much public concern about it. The reason why it takes such a long time is that the reduction of molecular weight from about 250,000 Daltons to 5,000 is such a slow process, and anything that speeds it up, as oxo-biodegradable technology does, must therefore be beneficial.

One thing is certain –  that in the same place at the same time in the open environment, oxo-biodegradable plastic will become biodegradable at least ten times faster than ordinary plastic, and will not accumulate as a problem for future generations.