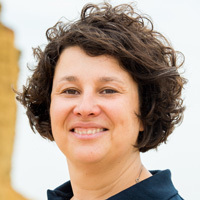 Plastics are affecting our ecosystem as more and more species are found to have consumed plastic waste. The question remains: How can we ensure our seas are healthy, pollution-free and protected?

We are in an age of plastic, which is set to last well beyond most plastic items’ usefulness to our species, and beyond our own lifetimes. Right now, we are opening our eyes to how much plastic is entering the oceans – somewhere between 4 and 12 million tonnes per year is a not-so-recent estimate.

Truthfully, we are yet to understand how individuals and populations of animals are being affected by this trash.

A seabird, called the northern fulmar, could be seen as today’s “miners’ canary”, with, consistently, above 90% of dead birds in North Sea populations found to have consumed plastic. Few of these cases are confirmed as “death by plastic” but a growing list of species is adding to the evidence base.

Tiny planktonic creatures, through filter-feeding mussels, to many fish species, whales and albatross, all show what is to come for a wider ecosystem that includes ourselves.

Urgent action is needed right now to stop the plastic tide that is entering our oceans.

Pictured: A Ghost Pipefish trying to blend in with an ice-cream wrapper. Frogfish photography