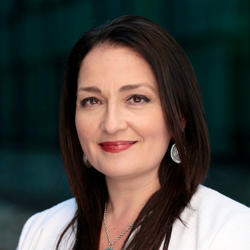 Progress in stopping new HIV infections among children has stagnated, missing global targets set for 2018. Countries have to look at why this is happening if 2020 targets are to be met.

The news is concerning. In July, the Joint United Nations Programme on HIV/AIDS (UNAIDS) published its Start Free Stay Free AIDS Free report, focusing on 23 countries with high numbers of children, adolescents and young women living with HIV (21 countries in Africa, plus India and Indonesia).

It revealed that progress in stopping new HIV infections among children has stagnated, missing global targets set for 2018 by a wide margin.

“We’ve made tremendous progress in this area since 2010, but we’re far off the mark and, in the last three years, numbers have plateaued,” says Shannon Hader, Deputy Executive Director of Programme at UNAIDS.

“Overall, Eastern and Southern Africa have been doing well, making more gains than West and Central Africa, where progress has stagnated at very low levels.”

It’s a wake-up call if the world is to meet its 2020 targets, which include reducing the annual number of children newly infected with HIV to fewer than 20,000.

The report notes that: “In some settings, as many as 30% of all new infections in children can be attributed to their mothers acquiring HIV during pregnancy and breastfeeding.”

Unfortunately, there isn’t a universal solution to this problem. “In some countries, babies are being infected because HIV positive women aren’t accessing preventative mother-to-child transmission services during pregnancy or breast-feeding,” says Hader.

Women may be scared to tell their husbands and families that they have HIV.

“That might be because there are structural barriers such as user fees — or it might be because of quality issues. We know that women will be dissuaded from going to a clinic if they feel it won’t be clean, respectful and welcoming.”

In other countries, HIV positive women are better able to access these services, says Hader. “The trouble is, after they receive starter treatment, they fall out of care either during pregnancy or after delivery. So, what’s happening there?”

One answer could be that they are worried about experiencing stigma and discrimination. “Women may be scared to tell their husbands and families that they have HIV,” says Hader.

“Going back to the clinic and keeping your medicine secret is a really stressful thing to do when you’re pregnant or breast-feeding.” Programmes therefore need to ensure that these women want to return to clinics and feel empowered to do so, with support from community health workers and ‘mentor mothers’.

After delivery, it’s crucial that women continue with treatment, and that babies continue to get follow-ups.

“The problem is, going back and forth to a clinic and staying on medicines might be overwhelming for a new mum,” says Hader. “Or she might feel that, because her baby’s first test was negative, she doesn’t need to worry about it anymore.” Again, community support is vital.

Protecting those at risk of HIV

Plus, there’s the issue of predicting which women could be newly infected with HIV. “That’s a whole different problem — and hard to do,” says Hader.

“Countries have to find out who the most at risk might be and make sure they have access to intensive HIV prevention services to keep them and their babies safe.”

So, is Hader’s feeling that maternal rights are being denied in some countries? “You’d have to look at that country by country,” she says. “But I will say this: without human rights, gender equity and anti-discrimination policies, we are only going to get so far with our response to HIV.”