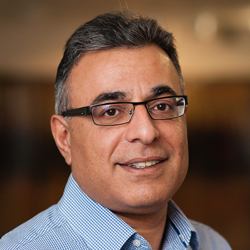 Pre-eclampsia and eclampsia can have serious implications. Not every pregnant woman displaying symptoms will have the condition — but close monitoring is vital.

Pre-eclampsia has long been a leading cause of maternal mortality in pregnant women around the world — and it still is, says Dr Manu Vatish, Clinical Consultant in Obstetrics and Clinical Research in Maternal Medical Disorders, Oxford University Hospital.

“Globally, approximately 80,000 women a year die from pre-eclampsia or eclampsia, which is also implicated in the deaths of around half a million babies,” says Dr Vatish.

The highest burden affects people in lower- to middle-income countries. “In the UK, one woman in a million will die from the disease; while in South Africa, it remains a major cause of maternal mortality,” explains Dr Vatish.

Other factors also increase the risk of developing pre-eclampsia: for example, if you have HIV, or autoimmune disease or chronic kidney disease.

Pre-eclampsia and eclampsia occur when the placenta does not work properly.

Complications of the condition may include stroke, damage to other organs or placental failure (which can result in a low birth weight for the baby, or even stillbirth).

To prevent these complications, doctors will look out for warning signs of pre-eclampsia in pregnant women. The symptoms include high blood pressure, protein in the urine, headaches, dizziness, rapid weight gain and abdominal pain.

It is important to catch pre-eclampsia early, before it can become eclampsia. “At that point the mother can start to have seizures, which makes adverse outcomes for the mother and her unborn child much higher,” explains Dr Vatish.

Pre-eclampsia is also thought to cause long-term health effects, including a lifetime increased risk of cardiovascular disease for mother and baby.

The only treatment is to deliver the baby, which is a very easy decision to make if the mother is near her due date. It’s less easy if she is at week 25.

The only treatment is to deliver the baby

Unfortunately, the only treatment is to deliver the baby, which is a very easy decision to make if the mother is near her due date. It is less easy if she is at week 25 of pregnancy.

“Then, doctors have to balance things, trying to eke out as much time as possible for the baby while not letting the mum get sick,” says Dr Vatish.

Testing is crucial to identify those who might be at risk so that their condition can be managed quickly and effectively.

This isn’t easy, because many pregnant women can display the symptoms and not have pre-eclampsia. Plus, notes Dr Vatish, the traditional tools used to diagnose pre-eclampsia do not successfully pinpoint who will go on to develop the disease.

Only 30% of women presenting with symptoms and signs suspicious of pre-eclampsia, will actually have the disease.

The shape of diagnosis may be about to change, however, because a new test is available, which can tell who is at risk of developing pre-eclampsia in the next week with a much greater degree of accuracy (99.3%).

“The sFLT-1 molecule binds the PlGF, causing blood vessels to not work as well as they should,” says Dr Vatish. “So, anyone who is going to get pre-eclampsia will have much higher levels of sFLT-1 and lower levels of PlGF.”

The discovery of these biomarkers also opens up possible avenues for treatment.

Pinpointing pre-eclampsia with greater accuracy means that more women presenting with suspected symptoms can be sent home with a clean bill of health, focusing medical attention on the women who may really need it. This is particularly positive news for developing countries, or countries with high populations.

“I’m working on a collaborative study in Shenzhen in China where the birth rate is 360,000 a year,” explains Dr Vatish. “That’s just one city where it would be impossible to closely monitor everyone with high blood pressure and protein in their urine. This test is exciting because while the adoption of biomarker technology has been relatively quick in other areas of medicine, it has been painfully slow in maternal healthcare. Its arrival has been long awaited.”

Sopheap with her children. Sopheap, has been an entertainment worker since 2007 and supports her mother, niece and two sons with her earnings, as well as sending money home to her brothers and sisters. She likes to sing and used to be on local TV shows, but when she got married she was no longer invited. She started her career as an entertainment worker singing in a restaurant, but a year ago switched to her current workplace: a beer hall.
Copyright: UNAIDS/ILO/Peter Caton
More information www.unaids.org/en/resources