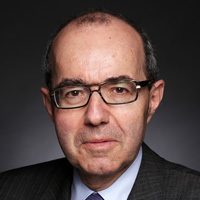 Over half the world’s population pay for their healthcare from their own pocket, the solution: universal health coverage and partnerships.

But global progress is patchy. India, one of the world’s fastest growing economies, ranks 129th among 184 nations on maternal mortality and 145th out of 193 on infant mortality. Poverty, malnutrition and poor sanitation lie behind child mortality. More than 40% of children are malnourished or stunted.

What can we learn from Rwanda? There, more and more women give birth in the presence of skilled health personnel. Hospitals have developed antenatal, obstetric, and post-natal care and put in place protocols to prevent postpartum haemorrhage. Sadly, in India a 2010 government scheme to help stem India’s high rates of infant and maternal mortality will now apply only to first-borns1.

The biopharmaceutical industry has played its part in Rwanda’s recent success. Following the genocide against the Tutsi, hundreds of thousands of survivors, mostly widows, were infected with HIV via systematic rape. Between 250,000 and 500,000 surviving women and girls were raped and, in 1994, the HIV prevalence rate was estimated at 13%.

According to our recent 50 years of global health progress report, in 1990 HIV/AIDS infected patients could expect to live only months, whereas today, with ARV therapy, they may expect to live a normal lifespan. The death rate has dropped by 85% since 1991. Advances in R&D have transformed HIV from an untreatable and almost uniformly fatal virus into a manageable, chronic condition.

According to the 2015 UNAIDS report, eight out of ten pregnant women living with HIV have received ARV treatment to prevent mother-to-child transmission of HIV. But an estimated 6,000 new infections still occur globally each day, with two out of three in sub-Saharan Africa where girls and young women account for a staggering 74% of new HIV infections among adolescents.

More needs to be done to reach all patients, regardless of economic circumstances. Too often the cost of treatment is pointed to as the main stumbling block – but rarely do people stop to try to understand why if 95% of the most commonly used medicines are affordable generic medicines – do so many people go untreated?  Part of the answer is that today, over half of the world’s population have to pay for their medicines and health services out of their own pockets.  For somebody who has $2 a day as disposable income or even less to live on, even 20 cents a day may be too much.

In tackling the healthcare challenges of the developing world, we need to leave our own “comfort zone” and collaborate with others, be it in engaging on health systems reform or in partnerships to bring innovative medicines to millions of people in resource constrained settings.

Dr Tedros, Director General of the World Health Organization, holds up partnerships as the only way to achieving health for all (universal health coverage or UHC). The pharmaceutical industry knows that global health is about much more than medicines and vaccines – it requires building and supporting strong health systems, delivering education to communities to promote prevention, strengthening standards and regulations and creating innovative finance models.

Partnerships are clearly the way forward. But they will come to nothing without nurses, midwives, teachers, community workers, mothers, wives and sisters – women. They are the agents of change for the children of today and tomorrow. They are the real stars of global health progress. For them to really shine, we owe it to them to make UHC truly universal.