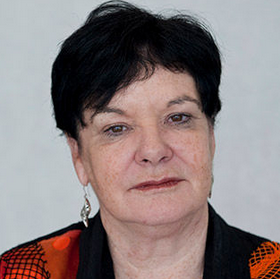 For the first time a new platform, recruitmentadvisor.org, will put the power of information into workers’ hands.

The global workforce is in trouble, some 89 million people have experienced periods of total enslavement in the last five years and there is a systemic failure in the global economy for working people.

For the first time, the power is in the workers’ hands.

The search for a job, the hope of escaping from poverty wages and the desire to provide for your family is pushing vulnerable people into the hands of abusive recruiters and employers. Case by case, workplace by workplace, workers and their unions have been exposing the scandals of modern slavery. For the first time a new platform, recruitmentadvisor.org will put the power of information into workers’ hands.

With slavery now found in the global supply chains of some of the world’s most powerful companies, we need to change the laws that perpetuate modern slavery.

The universal ratification of the ILO Forced Labour Protocol, which updated the international regulatory framework making it fit for purpose, would give us the global minimum standard we need to tackle contemporary forms of slavery.

When governments fail their citizens, and allow corporations to escape the rule of law, slavery can flourish.

A binding treaty and mandatory human rights due diligence for multinational companies would clean up slavery in global supply chains. Workers and consumers demand it. Ninety per cent of people in the ITUC Global Poll want their government to stand up against modern slavery and discrimination.

Workers, including migrant workers who travel away from their homes, can be vulnerable to abusive recruitment when they are coming from an area of high unemployment, when there is intense competition for jobs, domestically or abroad, and when they are not protected by clear laws and effective enforcement. We know an organised workforce cannot be enslaved, but when governments fail their citizens and allow corporations to escape the rule of law, slavery can flourish.

Rate my agency and recruiter

Recruitment practices that lure workers with promises of jobs that don’t exist, salaries that aren’t paid, and charge unscrupulous loans forcing workers into years of debt bondage are deceptive and fraudulent. In the search for a better future for their families, many workers are still unaware of their rights or which recruiters are making false promises.

History shows us that before laws are changed, it’s often workers who act first.

To clean up unscrupulous recruitment and promote fair business practices, we need stronger laws, and a fair recruitment framework based on ILO General Principles and Operational Guidelines for Fair Recruitment. History shows us that before laws are changed, it’s often workers who act first.

Migrant workers can now share their experiences and rate recruitment agencies through a new web platform www.recruitmentadvisor.org. With listings of more than 10,000 agencies in selected countries, people in search of work can access reviews by other workers. The platform also provides a support service and has a reporting system of violations experienced by migrant workers.

Together we will stop unscrupulous recruitment practices, we will eliminate slavery in our supply chains and we will end modern slavery.