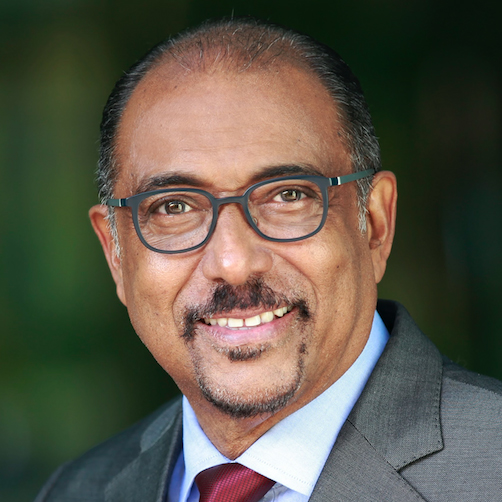 The world cannot afford to lose its momentum in the fight against HIV says Michel Sidibé, Executive Director of UNAIDS — the Joint United Nations Programme on HIV/AIDS.

We have made great strides in the response to HIV over the last 15 years. There has been an acceleration in HIV screening, preventive therapy and early treatment, and a breakthrough in antiretroviral therapy, management and comprehensive long-term care.

Also, AIDS-related deaths have fallen by 48 per cent since the peak of the epidemic in 2005, so there may be a temptation to feel that the threat has gone away and that AIDS is over.

But the threat has not gone away. And AIDS is most definitely not over.

In fact, it is still heartbreakingly evident in every part of the world and in some places instances are increasing. Take Eastern Europe and Central Asia, which has recorded a 60 per cent increase in new HIV infections — and almost a 38 per cent increase in AIDS-related deaths — since 2010. And while today, 70 per cent of all people living with HIV know their HIV status and 57 per cent have access to treatment, western and central Africa lags worryingly behind.

Globally, there are 36.7 million people living with HIV and 1.8 million new infections every year. This cannot be ignored.

Be alert to complacency

So, the greatest threat we face now is complacency. We must not lose our sense of urgency when it comes to responding to HIV. Indeed, we must quicken our pace so that organisations, businesses and communities work better together, to save more lives.

Combat stigma and discrimination, by involving and educating communities.

On this year’s World AIDS Day, we are highlighting the right to health, and looking at some of the challenges faced by people living with and affected by HIV. For example, worryingly, one in five people living with HIV say they have faced discrimination in a healthcare setting.

To combat stigma and discrimination, it’s critical to start involving and educating communities so that knowledge, skills and competencies can be effectively transferred. Therefore, we are calling for a network of two million community health workers across Africa by 2020. They will ensure that people receive early HIV testing and treatment services and can change people’s perspective about what it means to be HIV positive.

Early diagnosis is key because, today, treatment has completely changed the nature of HIV.

Everyone has the right to access HIV services, including the most marginalised and vulnerable.

Early detection and treatment can also reduce deaths from co-infection. This is important because tuberculosis remains the leading cause of death among people living with HIV, accounting for around one in three AIDS-related deaths.

So today of all days, I want to stress that everyone has the right to health and the right to access HIV services, including the marginalised and most vulnerable in society. By reaching people most affected by HIV we can end this epidemic.

We have achieved so much. Now we need to go the extra mile and end AIDS.