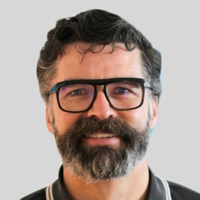 Senior Adviser on Testing, Treatment and Tuberculosis at UNAIDS

If you have HIV, your chances of developing tuberculosis are greatly increased. That is why we need more research into TB prevention, diagnosis and treatment — and quickly.

The world is currently in the grip of a tuberculosis epidemic. This should be of concern to us all, says Dr Alasdair Reid, but it’s particularly worrying for those living with HIV because a person’s risk of developing TB disease increases as soon as they become HIV positive.

How HIV affects the immune system’s reaction to TB

HIV attacks the part of the immune system that prevents TB infection progressing to TB disease which, left untreated, can be fatal within weeks or months. In 2017, an estimated 920,000 people living with HIV developed TB disease. “Offering HIV testing to all people who have symptoms suggestive of TB is an effective way of finding people living with HIV who are not aware of their HIV status,” says Reid. “Ensuring that they start treatment for TB and HIV early greatly reduces their risk of dying.” By working together, TB and HIV programmes can find the millions of people who do not yet know they have TB or HIV.

Until we have better, shorter duration, less toxic drug treatment regimens, it will be very difficult to end the TB epidemic by 2030.

Unfortunately, drug-resistant TB — which is more difficult, costly and toxic to treat than regular TB — is a deadly and growing issue. “Early and accurate diagnosis and effective cure of drug-sensitive and drug resistant TB is the most effective way to address this problem,” says Reid. “However, until we have better, shorter duration, less toxic drug treatment regimens, it will be very difficult to end the TB epidemic by 2030 (as set out in the United Nation Sustainable Development Goals).”

Shockingly, because TB affects the poorest populations in the world, there has been little investment in prevention, diagnosis and treatment of the disease. “We need to find new ways to incentivize investment in TB research,” says Reid, who notes that only two new TB drugs have been made available in over 50 years. “We urgently need a new TB treatment regimen that treats all forms of TB, including multi-drug-resistant (MDR-TB) and extensively drug-resistant (XDR TB), with a single daily pill in as short at time as possible.” A more accurate, rapid TB test is also essential.

Plus, more political will is needed at a country level to meet the United Nations Political Declaration target of 75% reduction in TB deaths among people living with HIV by 2020, and Sustainable Development Goal targets to end tuberculosis and AIDS by 2030. “Key populations are often left behind due to stigma, discrimination and the criminalisation of behaviours that put people at increased risk of TB or HIV, such as drug use, sex work and men who have sex with men,” says Reid. “But where national governments have taken bold actions to decriminalize these behaviours, committed national resources and adopted policies to address TB and HIV, the rates of new infections and deaths have declined.”