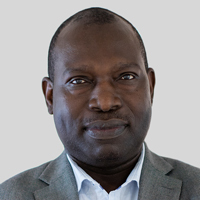 HIV is a virus that compromises the body’s immune system, allowing other infections to take root. To control HIV, we must control infections affecting people with the virus.

The biggest of these infections is TB, which is the leading killer for people with HIV. According to the World Health Organization (WHO), up to 70% of people with TB in some countries test positive for HIV. Recognising the need to have a patient-centered approach for people who have TB and HIV, the Global Fund supports countries with high TB/HIV to provide comprehensive services to co-infected patients

The Global Fund is working with countries and partners to provide preventative therapy to people with HIV, who have latent TB. This is treatment given to people with latent TB to prevent them from getting sick with the disease. This low-cost preventative treatment can be a game-changer in responding to HIV and TB. Regrettably, its expansion has been slow. The Global Fund is investing to help change that.

In 2017, about 1.6 million people died from TB, among them, 300,000 people who were HIV-positive. These numbers underscore the need to prevent and treat TB among people living with HIV. TB preventative therapy can break the link between TB and HIV and can save millions of lives. Preventing TB is also fundamental to ending TB as an epidemic.

To find people to enrol on preventative therapy, we can start by ensuring people being tested for HIV are screened for active TB. People who test positive for HIV and do not have active TB should be treated to prevent TB.

The Global Fund is investing an additional US$125 million and working with WHO and Stop TB to find and treat 1.5 million additional cases by 2019 in 13 countries. This initiative, which started at the beginning of 2018, has shown great promise. Countries are making significant progress to meet their targets.

More importantly, we are working with countries and partners to support the implementation of the new WHO guidelines for TB preventative therapy, which recommend expansion of this practice especially among groups at high risk of TB infection. Besides people with HIV, other groups of people identified as high risk for TB are miners, prisoners, people in contact with a TB patient, health care workers and children under five-years-old in high-burden TB countries.

Millions of people carry the bacteria, but don’t become sick

To end TB, a disease that has killed millions of people for millennia, and to save lives among people living with HIV, it is imperative to provide treatment for latent TB to prevent it from developing into active TB.

For the Global Fund, this joint investment in these two deadly diseases makes tremendous sense. In it, we focus away from diseases and shine a spotlight on people who, more often than not, face multiple risks to their health. It is an approach that can help us end these two diseases as epidemics.