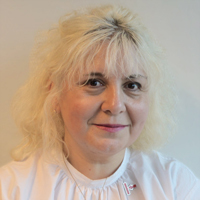 The world is in the middle of a TB epidemic — although complacency, lack of awareness and lack of investment is hampering our ability to decisively deal with the disease.

People should be under no illusion, warns Dr Lucica Ditiu. Tuberculosis (TB) is a killer.

“It kills more people than malaria and HIV/AIDS combined: more than 4,400 people a day,” says Ditiu, Executive Director of the Stop TB Partnership, an international body that aims to push tuberculosis up the political agenda. “Around one third of the world’s population is infected with TB and 10% will develop the disease in their lifetime. And because it’s airborne, no-one can be protected. It poses a level of threat that is very different from other diseases.”

Not enough people know about TB

The good news is that TB has been curable for decades and, for normal TB, the cost of drugs is low. UN member states have also committed to ending the TB epidemic by 2030.

The bad news is that the global health community has paid more attention to tackling other diseases so, at the current rate of progress, the Stop TB Partnership believes this will take another 150 years at least. There is also a frightening lack of awareness about TB among the general population.

Ditiu says: “Some partners of ours went onto the streets of London and — without using the word ‘tuberculosis’ — told people about a deadly infectious disease spread through the air that has a drug-resistant form. They filmed their reactions for an awareness video. Everyone they approached was shocked and said: ‘We have to do something about this!’ But the moment they were told the disease was TB, they said: ‘Oh – that one.’ They felt it was a problem that was over.”

But TB is not over. Not by a long way. That’s why, in the run-up to the UN General Assembly High-Level Meeting (UNHLM) on TB in September, five Key Asks have been developed by TB stakeholders and communities. These are priority actions that must be taken by heads of state and governments to accelerate progress towards the end of tuberculosis.

Around 10.4 million people have TB. How do we tackle it?

The first Key Ask is to make sure that people with TB don’t fall through the treatment gaps. “An estimated 10.4 million people have TB; but just 6.3 million are diagnosed and treated,” says Ditiu. Secondly, the response to TB must be transformed to ensure it is ‘equitable, rights-based and people-centred’ — which means removing discriminatory laws against people with TB and treating them as individuals with individual needs.

Third, the development of essential new tools to end TB must be stepped up, including point-of-care diagnostics, a two-month or less oral cure for TB and its drug-resistant forms, and one or more vaccines. “Currently, we are fighting very smart bacteria with sticks and stones,” says Ditiu.

To achieve universal health coverage (ensuring that everyone has access to health services and no-one is left behind) more investment is needed. “To ensure service delivery and implementation, there is an estimated need of $13 billion globally with a $6 billion gap every year. Most important, we estimate that $2 billion is needed annually for TB research and development,” says Ditiu. “Last year, the maximum available was $700 million.” The cost of non-investment will only slow the response to TB and, ultimately, result in more deaths.

Finally, there must be a commitment to decisive and accountable actions, including an independent, high-level body and regular UN review based on ongoing reporting, all centered on communities and civil society. “We need accountability both at country level and globally,” says Ditiu, underlining why September’s UNHLM is so crucial. “This is a historical meeting, which finally brings TB to high-level attention. But if we are to see any progress by 2022, it’s make or break time.”