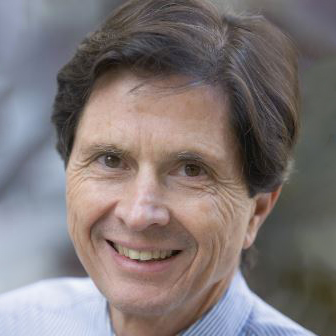 Head and Senior Fellow at the Centre on Global Health Security, Chatham House

Development professionals are urging governments and international organisations to use the knowledge and the tools they have at their disposal right now to fight neglected tropical diseases (NTDs).

As the name suggests, NTDs get little attention and funding on a global scale. The collective term refers to 17 diverse diseases identified by the World Health Organisation (WHO) that impact around 1.4 billion people in some of the world’s poorest communities. Not only do NTDs cause terrible physical suffering and disability, they also perpetuate the cycle of poverty as they deny individuals the opportunity to study or work, and to contribute to society.

Back in the 90s the Global Forum for Health Research highlighted the fact that just 10% of public and private resources devoted to research and development were put toward health problems in developing countries, where more than 90% of all preventable deaths worldwide occurred. Whilst there is a clear need for research and development, Prof. David Heymann, Head and Senior Fellow at the Centre on Global Health Security at Chatham House, urges a broader focus. “The fact is that even the more widely recognised diseases such as Tuberculosis and HIV don’t have enough investment,” he says. “The issue is not should there be more research, it’s how can we make it possible. It’s not just industry’s responsibility: it’s a problem to solve with industry, working with academics, researchers and industrialised country governments, as well as governments within developing countries.”

In 2013 WHO developed a road map for accelerating work to overcome the global impact of NTDs. The paper has given governments and development agencies realistic targets, clearly defined time frames and specific guidelines to work with, and it appears to be making a difference.

Their report published earlier this year showed a number of advancements, including the successful elimination of onchocerciasis (river blindness) in parts of sub-Saharan Africa, Colombia and Ecuador. Onchocerciasis, caused by a parasitic worm spread by black flies, can cause intense itching, eye damage, and irreversible blindness. The successes seen in both Africa and South America are examples of how government commitment, coupled with support from industry and the international community, has enabled community-based education and healthcare programmes to reach those at greatest risk.

“Governments often want to wait until there is a new or safer vaccine, or a less difficult to administer cure before they respond,” says Prof. Heymann. “But it’s very important to take advantage of the tools we have when we have them. Take smallpox.  It was eradicated using a vaccine that wasn’t perfect, but the benefits outweighed the risk. Today we know we couldn’t use the same vaccine to eradicate smallpox because it has been shown not to be safe in HIV-infected persons. If we’d waited, we would have missed our chance.”