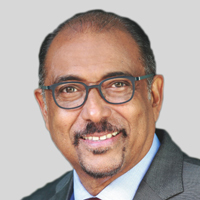 There is more to do to end AIDS, and HIV testing must be our focus on this landmark World AIDS Day, says Michel Sidibé, Executive Director of UNAIDS, the Joint United Nations Programme on HIV/AIDS.

It is 30 years since the first World AIDS Day. This is a milestone moment: a time to take stock of where we were and look at how far we have come in the prevention, diagnosis and treatment of HIV.

The truth is that three decades ago, we were struggling. We didn’t understand the nature of the virus, life-saving medicines were not available and people affected by HIV struggled to receive social justice, were stigmatised, ostracised and shunned from society.

30 years of activism against AIDS

The first World AIDS Day in 1988 sparked 30 years of activism. Activism in science and innovation, activism in communities, and activism in the public and private sectors. It created a sense of urgency that energised and transformed the response to one of the worst health epidemics the world has ever seen.

We have come so far in the last 30 years that I strongly believe a future is possible where no one will be infected with HIV — and no-one will die of AIDS.

That’s a bold statement and some might accuse me of being naively optimistic. Yet I base this view on the trajectory of the advances that have been made over the last 30 years. There are now more people on treatment than ever before, almost two thirds of all people living with HIV. There is a continuing, if steady, decline in new infections and fewer people are dying of AIDS-related illnesses. And far fewer children are being born with HIV.

The message for 2018: Testing is crucial

But AIDS is still far from over. There are more people living with HIV than ever before, and it is simply not acceptable that new infections are not declining quicker, and that people are still dying from AIDS when high quality and effective treatment is now a reality and should be made available to anyone who needs it.

We have come so far in the last 30 years that I strongly believe a future is possible where no one will be infected with HIV — and no-one will die of AIDS.

The focus on HIV testing for this year’s World AIDS Day is critically important. Of the 36.9 million people living with HIV, 9.4 million are unaware they have the virus. Without knowing their status, they can’t receive treatment to suppress the virus and so cannot stay healthy, prevent transmission or protect their partners or children. The fact is we will never be able to control the epidemic unless all people living with HIV know their HIV status.

We need to remove barriers and make testing as easy as possible for everyone. For instance, as long as stigma and discrimination are associated with HIV, people — and particularly men, as research has found — will be reluctant to come forward. In some places, young people need parental consent for testing; and key populations still continue to be marginalised, pushing them out of reach of vital services. All of this requires urgent change and long-term commitment.

So, yes, on this World AIDS Day, we need to recognise our past successes. We must also understand that there is much more to do to ensure that no one is left behind and that everyone has access to the services they need to remain healthy.