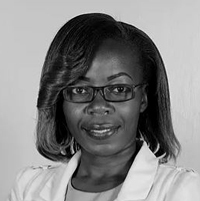 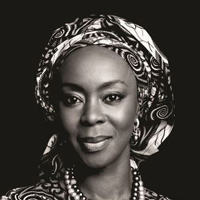 While significant strides have been made in combating the current spread of the virus through prevention of new infections, girls and women continue to be disproportionately affected by the HIV/AIDS epidemic as a result of structural inequalities embedded in society.

Such inequities stem from unequal power relations, lack of female access to and control of resources and opportunities, a disproportionate balance of decision-making power between genders, and unfair division of labour due to patriarchal expectations.

The metrics around HIV/AIDS reflect this: Young women are twice as likely as their male counterparts to acquire HIV infections, with adolescent girls between the ages of 10-19 accounting for the highest number of new HIV infections.

Young women are twice as likely as their male counterparts to acquire HIV infections.

To successfully combat the virus, it is of paramount importance that we address these inequalities that predispose women and girls to a higher risk of HIV infection.

In Kenya, women are amongst the key populations that are disproportionately affected, placing them amidst some of the highest-risk category alongside men who have penetrative sex with men, people who inject drugs, and sex workers. The National AIDS Control Council estimates that 30% of new HIV infections in Kenya are among people from these key populations – but given that women comprise such an enormous percentage of the Kenyan population, it is deeply worrisome that they are amongst some of the most at-risk of all people nationally.

There is need for gender mainstreaming in policies, programs, and legislation aimed at combating HIV/AIDS. This should include laws that promote gender equality. Increased efforts in promoting girl child education, access to sexual reproductive health and rights for women and girls, and economic empowerment for women is vital. Education should encompass comprehensive sexuality information where girls need to be equipped on bodily integrity, body autonomy, sexual consent, and safe sexual practices. It is also important to engage men in ending violence against women and protecting women’s rights.