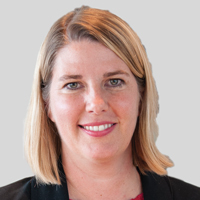 New, innovative diagnostic tools are desperately needed if the TB community is to find millions of undiagnosed patients — and also reverse the spread of TB drug-resistance.

In 2017, 6.4 million new TB cases were officially reported — but it’s thought that 3.4 million additional cases went undiagnosed and unreported. It’s vital we find these “missing millions” says Dr Catharina Boehme, Chief Executive Officer at FIND. To do that, “we need tests that are simple to use, cheap, and easily delivered at the most decentralized levels of care and within the community — wherever patients make initial contact with the health system,” she explains.

Game-changing tools are getting closer

Most TB tests are based on sputum — a sample that children and HIV positive people can have a hard time producing.The potential for a test that can detect TB in urine is well known, but so far, reliability has proved to be a stumbling block. Things may be about to change though. A next generation urinary test (SILVAMP TB LAM), being developed initially to detect TB in people who are HIV positive, is showing early promise. The test can diagnose TB within 60 minutes and potential future development to expand its use to wider populations would have a dramatic impact on the TB diagnostic landscape.

A new generation of rapid diagnostic tests that can analyse urine samples is being developed, initially to detect TB in people who are HIV positive. These tests work in a similar way to pregnancy tests, and take less than an hour to generate a result. With their potential also being explored for use in wider populations, they could have a dramatic impact on the TB diagnostic landscape.

FIND is evaluating these new generation tests, and many countries are keen to participate in trials. “This clearly shows how much governments want to tackle this problem and how desperate they are for new tools,” says Dr Boehme.

Improved diagnostic tools are also needed for better diagnosis of drug-resistant TB. “At present, only a fraction of drug-resistant cases are detected,” says Dr Boehme. “The spread of drug resistance cannot be reversed if these aren’t found and adequately treated.” It’s why FIND is also currently working with partners to develop a cartridge to test for extensively drug-resistant (XDR) TB.

Without improved diagnostics — alongside an effective vaccine that will prevent TB in young and old alike, and better drugs to shorten treatment for patients — TB will never be defeated. There are still scientific challenges to overcome but, as highlighted at last year’s UN High-Level Meeting, the “end TB” agenda must be supported by both political will and funding. “These challenges have created a vicious cycle that has so far hampered progress in diagnostic R&D,” says Dr Boehme.

For the sake of the 10 million people who contract TB every year, that urgently needs to change.