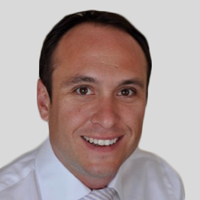 High-burden countries are stepping up the fight against TB politically, programmatically and scientifically.

Tuberculosis (TB) is ancient: it was a cause of death for ancient Egyptian mummies. The bacterial cause was discovered back in 1882 and declared a global health emergency a quarter-century ago in 1993. Yet today, it remains the biggest infectious disease killer globally, with 10 million new cases of TB and 1.6 million TB deaths in 2017.

2018: a historic year in the fight against TB

2018 was a politically transformative year in the fight against tuberculosis (TB), with world leaders meeting in September for the first ever UN High-Level Meeting on TB (HLM). This meeting wouldn’t have happened without a strong push from high-burden countries.

In preparation for the HLM, the Russian Federation hosted a Global Ministerial Conference on Ending TB in November 2017. It brought together 75 ministers and 114 country delegations, and adopted the Moscow Declaration to End TB. President Putin personally opened the conference and committed Russia to do more.

The following January, India’s Prime Minister Modi hosted the Delhi End TB Summit, personally delivering the keynote and reaffirming his government’s commitment to end TB in India by 2025, five years ahead of the Global Goal target of 2030.

Russia is home to 10% of those getting drug-resistant TB, and 27% of the world’s TB cases are in India, so these Heads of States’ commitments really matter.

We cannot fight AIDS without fighting TB too

South Africa, a country with some of the highest rates of TB and TB-HIV co-infection in the world, was a driving force behind holding the HLM. President Ramaphosa delivered South Africa’s official intervention, recalling words Nelson Mandela spoke in 2004: “It is a blessing that the world has made defeating AIDS top priority, but TB remains ignored,” reiterating that the world cannot defeat AIDS without fighting TB too.

South Africa, India and China all leading research against TB

High-burden countries have begun putting their money where their mouths are. India and China are the second and third leading producers of TB research publications, while South Africa is at the forefront of vaccine research and one of only three countries in the world who have met their ‘Fair Share’ TB R&D spending target.

South Africa also leads the way in scaling up use of new diagnostic tools and medicines for those with drug-resistant TB, to ensure they do not experience side effects associated with older, more toxic drugs, such as deafness.

The ambitious commitments made in the Political Declaration must be translated to action, but it’s not just high-burden countries that must step up. The Global Fund to Fight AIDS, tuberculosis, and malaria is looking to donor nations to finance the global response at its next replenishment in Lyon this October.

With the Global Fund currently accounting for 65% of all international financing for TB, there are few better ways to channel new money into the fight.