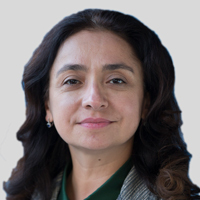 TB is a curable disease that still kills millions. Governments and heads of state have agreed that a tougher response is needed to put an end to this disease.

When it comes to tackling tuberculosis, the time for talking is over, says Dr Tereza Kasaeva, Director of the Global Tuberculosis (TB) Programme at the World Health Organization (WHO). Urgent action is needed if we are to stop people dying from this terrible — and curable — disease. That’s why the theme of this year’s World TB Day is: “It’s time.”

“World TB Day is such an important event for us,” says Dr Kasaeva. “It’s when we can give as much attention as possible to the devastating problem of TB. After receiving commitments from two very important meetings — the first WHO Global Ministerial Conference on Ending TB in Moscow in 2017 and the first-ever UN General Assembly High-Level Meeting on TB in New York in 2018 — we now have strong political declarations in place from heads of state and governments with concrete targets and timeframes. So, on this World TB Day we can say: “It’s time for action, engagement, concrete next steps, and accountability for reaching the targets we have set.’ It’s time to put the accent on urgency and impact.”

Recognising the challenges and opportunities of combatting TB

Dr Kasaeva believes the UN High-Level Meeting was a turning point for TB awareness. “For the first time, the disease was discussed at the highest political level,” she says. “This was necessary because progress in combatting TB is still too slow. More than 10 million people fall ill with TB annually and more than 1.6 million die from it. It’s the number one infectious disease killer in the world and has become more dangerous with multidrug-resistant forms of tuberculosis.

The UN High-Level Meeting gave us an opportunity to outline the scale of the problem we face and to call for urgent action — and, to that end, it was very successful.”

“TB programmes are chronically underfunded in some countries,” says Dr Kasaeva. “This is why the target in the political declaration to invest $13 billion on TB activities and $2 billion for TB research annually by 2022 is so important.”

To win the fight against TB, multisectoral engagement is vital, insists Dr Kasaeva. If key stakeholders across sectors have clear responsibilities, transparent processes, and regularly measure and monitor the impact of their activities, it will be easier to keep national and global progress towards these new targets on track.

Better collaboration between traditional partners and multisectoral stakeholders including civil society is also needed. “TB is a disease that is clearly aligned with other global problems and the broader SDG agenda, such as poverty, malnutrition and climate change, among others,” explains Dr Kasaeva. “We need to tackle these problems to prevent the development of disease and save millions of lives.”

“WHO is developing a multisectoral accountability framework as requested in the political declaration to promote great collaboration and accountability across sectors. Countries are being supported to adapt this in 2019.”

To ensure these promises are kept and the response to end TB is accelerated, the WHO Director-General will support UN Secretary General in delivering a progress report in 2020, ahead of a more comprehensive review by heads of state and government at the next UN High-level Meeting, expected in 2023.

Dr Kasaeva admits that meeting these targets will not be easy but believes there is reason for optimism. “Several countries, including India, South Africa, the Russian Federation, Vietnam, and Philippines are beginning to translate commitments made in the UN High Level Meeting political declaration to action. This includes updating national action plans, increasing national budgets for TB, and strengthening/establishing national accountability mechanisms.These efforts are fully aligned with the WHO leadership’s overall focus towards achieving universal health coverage.

If the world takes an innovative and effective approach to TB prevention, diagnosis and care, there is real reason for hope, says Dr Kasaeva. But there’s no time to waste. “We need to move effectively and urgently at both a global level and country level to identify priority actions,” she stresses. “It cannot be “business as usual” anymore.”