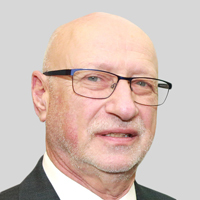 Background to the antibiotic resistance problem

Antibiotic resistance, that is where bacteria become resistant to antibiotics, is on the increase around the world. The latest estimate is that 33,000 people die each year in the EU from a resistant infection and some 700,000 globally. In the UK, at least 5,000 people a year die from resistance although this figure is likely to be an underestimate. Resistance arises primarily through resistant genes being transferred between bacteria. What is particularly concerning is the rise of resistance in Gram-negative bacteria such as E Coli, Klebsiella, Acinetobacter and Pseudomas because these species are difficult to treat with our current antibiotics.

In the past, infectious agent therapy would have been the provenance of the pharmaceutical industry but, because of the lack of returns, only four major pharma companies still have an antibiotic drug development programme. The rise in resistance resulted in the UK government in 2014 commisioning a review of the problem. Chaired by Lord Jim O’Neill, the AMR review team came up with ten recommendations to tackle the problem. They also reported that if nothing was done there would be up to 10 million deaths globally from AMR by 2050.

In many areas of infectious disease (such as malaria, TB and HIV) charities have played a major role in not only developing new treatments but also raising the profile of these diseases to the public, patients and government. In the case of bacterial resistance, the patient population is very amorphous and so no strong patient advocacy groups have been formed until the creation of Antibiotic Research UK (ANTRUK). In contrast to many charities covering illnesses such as cancer, diabetes and heart disease, ANTRUK was not formed by suffering patients, but by scientists and clinicians who were concerned that bacterial resistance was on the rise, and how under-funded the area was. There was also a lot of ignorance – many members of the public thought it was they who were resistant to the antibiotics and not the bacteria. Too often we hear false statements such as ‘I have never taken antibiotics so I cannot become resistant’.

Too often we hear false statements such as ‘I have never taken antibiotics so I cannot become resistant.’

When ANTRUK was created in mid-2014 its primary focus was to conduct research into developing new antibiotic therapies. Since that time, it has become clear that the charity needed to take a more holistic view of resistance. It has therefore added to its mission education of the public and professionals as well as patient support and information. Protecting and extending the life of our existing antibiotics is just as important as finding new treatments. Despite government exhortations to GPs to reduce antibiotic prescribing, and public health campaigns telling the public not to demand antibiotics from their doctors, the fact is that some 20-25% of antibiotics are given unnecessarily. ANTRUK considers this to be unacceptable and is doing what it can to reverse this.

As a small charity we can only make a small impact. Yet we hope to have made more than a small contribution by spreading the word:

It is our generation’s responsibility to ensure that antibiotics continue working so that our children and grandchildren can enjoy the same benefits from antibiotics that we have enjoyed. The Third Sector can play a role in ensuring this happens.