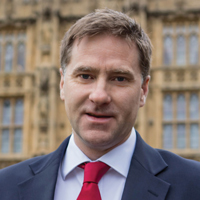 With deaths now exceeding 700,000 per year globally, and predicted to reach 10 million per year by 2050, the challenge posed by antimicrobial resistance is one of the biggest facing the world today, says Health Minister, Steve Brine.

As you read this article, bacteria are continuing to adapt and survive the effects of antibiotics—rendering our drugs less effective. It is a threat that will have a global impact if we fail to act. Over 700,000 people die each year across the world due to drug-resistant infections and that is predicted to increase to 10 million by 2050 if we take no action.

Life-changing treatments and procedures such as chemotherapy, caesareans and hip operations would all become too risky if antibiotics were no longer effective. But it is not just a health issue: projections from the World Bank place a global annual fall in GDP as a result of antimicrobial resistance (AMR) at between $1 trillion and $3.4 trillion by 2030. And for low-income countries, the potential impact is worse, leading to an additional 28.3 million people falling into extreme poverty by 2050.

How do we halt antimicrobial resistance?

Unfortunately, there isn’t a silver bullet but there are a number of things we must do to address this problem.

It is imperative we prevent infections and where they do occur, that we manage them better. Better management of infections includes using our antibiotics appropriately and should help us use less of them.

We need to develop new and alternative treatments, vaccines and new diagnostic tests. We also need to do more to address AMR in the environment, including reducing pharmaceutical waste.

There is still so much that we do not understand about resistance and how it spreads, so we need more funding for research and surveillance to help improve our understanding, so we can better target our actions to address it.

But bacteria know no borders, political or regional divides—which is why we are showing global leadership, investing over £615 million to tackle this problem since we launched our national strategy at the end of 2013.

The UK has always been a leader in research and development

The UK’s prevalence in tackling AMR is why our funding includes £162 million on interdisciplinary AMR research and infrastructure with a domestic, international, and developing-country focus. This is in addition to a ground-breaking project between the Wellcome Trust, Bill and Melinda Gates Foundation, the University of Oxford and Institute for Health Metrics and Evaluation on the world’s largest dataset on drug resistance.

To raise awareness, we have embarked on a national public-awareness campaign, alerting the public to the issue of AMR and supporting healthcare professionals in the process of change. People do have an important role to play: by practicing good hygiene and reducing their risk of infection, by following the advice of their healthcare professionals, and by receiving the vaccinations recommended to them to stop the spread of disease.

But the UK cannot act alone in tackling this global issue. That is why we are strengthening our work with the World Health Organization, which has invested more than £6 million to support the development and implementation of national action plans on AMR in over 40 countries.

Reducing inappropriate use of antibiotics in agriculture can help

Industry in every country can contribute to tackling resistance, including by addressing run off from pharmaceutical factories or reducing inappropriate use of antibiotics in farming and veterinary medicine. With the development of an antibiotic from discovery to market taking up to 20 years, it’s also vital that pharmaceutical companies, researchers and the public all work together.

As infection rates continue to increase and antibiotics lose their effectiveness, it is crucial we continue to lead the way and push this issue on the world stage post-Brexit. The UK’s leadership was crucial in putting this issue firmly onto the priority list at the United Nations – and we will continue to champion action on drug-resistant infections into the future and push other countries to match this commitment.