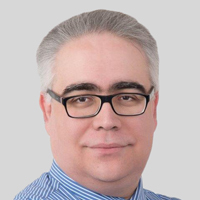 It was only very recently that WHO’s global antimicrobial resistance surveillance system has considered emergence of resistance among fungal pathogens1.

This settled lack of interest is primarily because fungal diseases, except for those caused by dermatophytes, are generally not transmissible among humans. Nevertheless, fungal pathogens such as Candida and Aspergillus represent a major cause of life-threatening invasive diseases, especially in patients with impaired immunity2.

Unsurprisingly, more persons die from fungal infections each year than by malaria or tuberculosis. The emergence of resistance to the most commonly used classes of drugs—triazoles (fluconazole, itraconazole, voriconazole, posaconazole, isavuconazole), echinocandins (anidulafungin, caspofungin, micafungin), and polyenes (amphotericin B-deoxycholate with its lipid and liposomal formulations)—is a growing public health threat that greatly hampers the patient management3. While the antifungal resistance to any one drug-class limits the therapy due to paucity of therapeutic options, multidrug resistance can definitely eliminate these options.

Another important Candida species with a multidrug-resistant phenotype is Candida auris4, which emerged in clonal outbreaks within Indian healthcare facilities some years ago. Since then, this multidrug-resistant species has emerged worldwide as a healthcare-associated fungus causing invasive infections with high rates of clinical treatment failure.

Overall, 41% of the isolates from 54 patients with C. auris infection from Pakistan, India, South Africa, and Venezuela during 2012–2015 were resistant to two antifungal classes (multidrug-resistant) and 4% were resistant to three classes (triazoles, echinocandins, and polyenes). Although the drivers of the C. auris emergence remain unknown, extensive empirical fluconazole usage and poor infection control may promote easy transmission of C. auris among patients. Likewise, the spread of environmentally derived azole-resistant Aspergillus fumigatus is alarming3.

In one study, two-thirds of patients with azole-resistant A. fumigatus had not previously received azole therapy, and 50% to 100% of patients succumbed to azole-resistant invasive aspergillosis. Despite being widely distributed, A. fumigatus is not a plant pathogen. Azole fungicides are normally helpful to reduce the devastating effects that plant fungal pathogens have on a variety of crops.

Unfortunately, these fungicides are also active against A. fumigatus in the environment, making the exposure of such non-target fungi unavoidable. Infection control measures are crucial to the fight against fungal resistance5. Therefore, we expect efforts to develop strategies that protect crops and, meanwhile, limit selective pressure for emergence of resistant fungal pathogens. Likewise, the emergence of multidrug-resistant C. auris recalls the need for enhanced surveillance and novel therapeutic agents. These may include new antifungal agents, repurposed existing agents, analogues of existing antifungal agents, and combination therapy. In this context, we must invest in the development and enhancement of diagnostic platforms that can rapidly detect resistant fungal diseases5.

Antibacterial usage may need to be cut

Looking ahead, microbiome research and whole-genome sequencing analysis will offer tools for enhancing our capacity to recognize drug resistance and providing effective antifungal stewardship in the next years5.

Finally, if better provision of fungal diagnostic testing may be a means of curtailing antibacterial usage6 it will be object of further investigation.