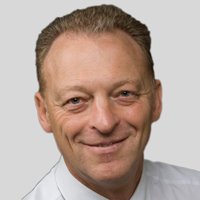 The need to conserve antibiotics so that they remain effective to treat infections is a responsibility shared by all professions and users.

This cuts across human, animal and plant health in all parts of the world, which highlights the ‘one-health’ nature of the problem and the concerted and integrated requirement of the response.

In simple terms, resistance to antibiotics is everybody’s problem and everybody’s responsibility to tackle. Although it is a shared responsibility, working together has been hampered by a lack of understanding between different professional users of antibiotics (for example human medicine and animal medicine) and differences in the ability between different parts of the world to engage their own populations about the threat of antibiotic resistance, to prioritise the issue and to bring resources to bear on the problem.

Outreach and support is therefore essential. The best way to prevent spread of antibiotic resistance is to export best antibiotic management and stewardship.

The principles underlying better stewardship of antibiotics – in all spheres of use – are common. So, those needed in animal health, particularly for food production, are primarily identical, and are the backbone of all national action plans.

Healthy animals reduce the need for antibiotics in feed

There are more shared issues, practices and intervention principles between animal and human infections than there are differences.

Healthier animals that are well looked after should be more resilient to infection and therefore get ill less often. This can be helped by vaccinating animals against certain infections. If they get ill less often, so the need to treat with antibiotics is reduced. This is now most commonly measured by recording total sales of antibiotics for animal use.

Even in the best systems, some animals will become ill. The issue then is to use the most appropriate antibiotics and where possible avoid those essential as last resort antibiotics for human medicine.

Improved, rapid and cheap diagnostics would be a great enabler in informing whether an antibiotic is needed, and if so, which one of those allowed to be used would be most appropriate. There is commonality here with human medicine, particularly for diagnosis in the community. The need for cheap, reliable, robust, rapid and accurate diagnostics is a big challenge and one that should be explored in a one-health context.

Preventing spread of the bacteria, especially those that may have become resistant, is then a big challenge, particularly as most animals being treated are in the wider environment. Understanding of the importance of the spread of resistance is poor and interventions are often based on assumptions.

Two key differences between human and animal medicine are the use of antibiotics in parts of the world for growth promotion of livestock, and the likelihood of novel antibiotics ever becoming available for treatment of animals (which is close to zero).

Human and animal antibiotics must have a conjoined approach

There are more shared issues, practices and intervention principles between animal and human infections than there are differences. It is essential, therefore, that there is a closer, truly integrated engagement between the two.

Currently, one-health is characterised more as an afterthought or putting animal and human food data between the same covers of a report. This is not one health. It risks self-delusion, and risks reducing the chance of finding ways through the problems.