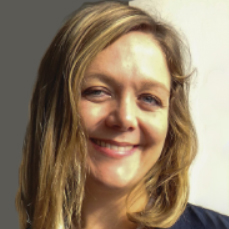 In an important milestone, at the G20 meeting in Hangzhou in September 2016, world leaders discussed the serious danger to public health, growth and global economic stability posed by antimicrobial resistance (AMR).

Concerns over anti-microbial resistance (AMR) have been mounting for years. One major factor is now accepted as being the environmental impact of the pharmaceutical manufacturing process in the two countries which today produce most of the world’s antibiotics – India and China. In an important milestone, at the G20 meeting in Hangzhou in September 2016, world leaders discussed the serious danger to public health, growth and global economic stability posed by antimicrobial resistance (AMR). More significantly, the issue was addressed at a special United Nations General Assembly High-Level Meeting on AMR later the same month, where global Heads of State for the first time committed to taking a broad, coordinated approach to address the root causes of AMR across multiple sectors. Ahead of the meeting 13 leading pharmaceutical companies published a ‘Roadmap for Progress on Combating Antimicrobial Resistance’, which contained four commitments starting with a pledge to reduce the environmental impact from the production of antibiotics, including “a review of the companies’ manufacturing and supply chains, and work with stakeholders to establish a common framework for assessing and managing antibiotic discharge”.(1)

A report published by the Scandinavian investor Nordea earlier this year (2), identified the major public health threat posed by pollution from antibiotics manufacturing plants in India, which is believed to be contributing to soaring drug resistance rates in the country and further afield, it says.

This could have serious implications for global health, as antibiotic resistance genes spread around the world through travel and trade with India. The report gathered evidence from an on-the-ground investigation in the southern Indian states of Telangana and Andhra Pradesh in early 2016, and outlines the local impact of drug pollution – including extreme contamination of waterways and agricultural lands – and identifies some of the key players involved. It also showed links between polluting manufacturers and some of the large multinational pharmaceutical companies which they supply, underlining the need to establish and implement strong environmental standards at every stage of the supply chain.

Over the past decade, scientists (3) have revealed how dirty production processes and the dumping of inadequately treated antibiotic manufacturing waste in China and India is fuelling the worldwide spread of superbugs, and worsening the impact of the excessive consumption of antibiotics in human medicine and their over-use in livestock farming.

The Nordea report, which was researched by The Changing Markets Foundation and Ecostorm, says that “people living in the vicinity of dirty pharmaceutical manufacturing sites, who are often poor and reliant on subsistence farming, are those whose health is at most immediate risk from the toxic effluents and API-laden waste being deposited in their rivers, lakes, groundwater and fields. [But] because of the way in which antibiotic manufacturing discharges trigger resistance in bacteria present in the environment, spreading to human pathogens which then travel the world, antibiotic pollution puts everyone at risk, wherever they live.” In other words, the waste from antibiotic production can affect local populations and people much further afield.

Effluent floating on the surface of the Chinna Vagu River, downstream of the Patancheru-Bollaram Industrial Cluster in Hyderabad

In a stark warning, the first ‘State of the World’s Antibiotics’ report published by the Washington-based Center for Disease Dynamics, Economics and Policy (CDDEP) in 2015 found that 58,000 newborn babies in India died in 2013 as a result of drug-resistant infections, while Indian drug resistance rates for several major pathogens is also increasing.

In a study published in October, ‘Superbugs in the Supply Chain: How pollution from antibiotics factories in India and China is fuelling the global rise of drug-resistant infections’,(4) Changing Markets found that out of 34 sites tested in India, 16 were found to be harbouring bacteria resistant to antibiotics.

“Through our research, we have found evidence that many antibiotics producers are flouting the regulations on environmental pollution, and there could also be corruption of local officials involved,” says Natasha Hurley, campaign manager at Changing Markets.

“The Indian government has recently changed the national pollution control index, by removing criteria relating to health and the environment, a move widely seen as benefiting polluting industries. Although Indian manufacturers are inspected by foreign agencies for their compliance with good manufacturing practice (GMP), these do not extend to environmental pollution, and some big European and US pharma companies are still using some of the worst offenders in their supply chain.

In the light of firm evidence and indications that governments are taking a more proactive approach to tackling AMR, as reflected in the work of the UK government-backed Review on Antimicrobial Resistance, there are positive signs that the issue is being taken much more seriously.

“The AMR Review concluded that environmental pollution from antibiotics factories is a supply chain problem that pharmaceutical companies and their suppliers need to solve together. We now need a more concerted effort by the major US and European pharmaceutical companies to address manufacturing emissions, or else modern medicine as we know it will be put at risk,” says Ms Hurley.

“The pharmaceutical industry now needs to show that it is addressing environmental waste issues in its supply chains, in the same way that the textile industry has begun addressing issues over ‘sweatshop labour’ and conditions in its supplier factories. Any actions should be based on a commitment to increased transparency, making the identity of suppliers public, and setting out measures they are taking to improve their production methods. We are also calling on major buyers of antibiotics, such as the NHS, to adopt changes to their procurement policies reflecting the environmental impact of pharmaceutical manufacturing. The bottom line is, when it comes to tackling AMR, stamping out environmental pollution from antibiotics production is a low-hanging fruit. One of the most powerful sectors of the economy should more than capable of rising to the challenge.”

(2) The Changing Markets study for Nordea Asset Management on  ‘Impacts of Pharmaceutical Pollution on Communities and Environment in India’, published March 2016.

(4) ‘ Superbugs in the Supply Chain: how pollution from antibiotics factories in India and China is fuelling the global rise in drug-resistant infections’, published by Changing Markets, Oct 2016.