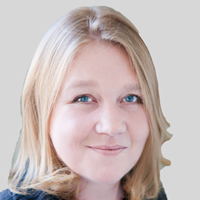 The UK’s Chief Medical Officers are urging schools to raise awareness of antimicrobial resistance (AMR) by putting on a free musical about the need to keep antibiotics working.

Professor Dame Sally Davies and Dr Catherine Calderwood helped to launch The Mould that Changed the World at the Science Museum, and the National Museum of Scotland, respectively, in the summer.

Since then, the Chief Medical Officers for Northern Ireland and Wales have also voiced their support.

Teaming up to discuss the need for decisive action

Ahead of the project’s unveiling (which was close to the 90th anniversary of Alexander Fleming’s discovery of penicillin), the CMOs called on as many schools as possible to sign up to the project, so that children everywhere can inform and influence their friends and family about one of the biggest threats to global health.

Top antibiotics charity, the British Society for Antimicrobial Chemotherapy (BSAC), teamed-up with Charades Musicals and the University of Edinburgh to create a compelling story that starts with the discovery of penicillin in 1928, and ends in the present day with world leaders discussing the need for decisive action.

The need for decisive action and public engagement has never been more urgent. Lord Jim O’Neill’s recent ‘Review on Antimicrobial Resistance’ concluded that if we don’t do something now, AMR could lead to 10million deaths per year by 2050, and key medical procedures (such as caesarean sections, joint replacements, and chemotherapy for cancer) becoming too dangerous to perform.

Professor Dame Sally Davies, said: “We saw with the emerging threat of climate change, and the introduction of recycling schemes, just how persuasive young people can be when spreading vital messages. Using the traditional power of song to share the story of antibiotics and the spread of resistance is a truly inspiring idea.”

Dr Catherine Calderwood, said: “AMR is a problem facing all of us – not just scientists and health professionals, and so I wholeheartedly welcome The Mould.”

Dr Meghan Perry, who is a clinician scientist from the University of Edinburgh, came up with the idea for the project. She said: “This project immerses participants in the history, politics, and science, of the fight against infection – and has a profound effect on their understanding of what’s at stake.”

Evidence shows that the very concept of antibiotic resistance is poorly communicated and widely misunderstood, so BSAC has been greatly encouraged by the response, so far, to the project. Amid many plaudits came the following story from the parent of a child who visited his doctor with a suspected infection – not long after watching a performance of the show.

The GP said there were two options – take antibiotics, just in case, or test for an infection, and if there was one, take antibiotics then. My son piped up, before I could answer, saying he would prefer the second option. The GP asked, ‘Is that because they taste horrible?’, and he said, ‘No, it’s because I saw a show about how antibiotics are going to stop working if we use them too much’.