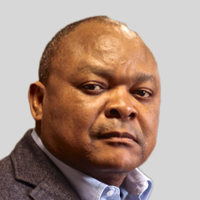 Interview with David Phiri, FAO Subregional Coordinator for Eastern Africa and Representative to the African Union and UNECA.

Is Zero Hunger –a world free of hunger by 2030 – possible in East Africa?

Absolutely! The African Union’s heads of state, through the Malabo declaration in 2014, committed to reach this goal even earlier, by 2025.

What more needs to happen to end hunger?

We need to better address climate change. Droughts and floods are more frequent and intense, giving communities no respite. New plant and animal pests and diseases have emerged and the established ones attack more ferociously. For example, Fall Armyworm and avian influenza are devastating the food and agriculture sector.

As a rule of thumb, communities and governments should always plan and prepare as if the agricultural season is going to be negatively affected somehow, and use climate-smart agriculture approaches. Countries also need to translate political will into concrete actions, supporting rural communities with essential resources to increase food security and eradicate hunger.

Any Zero Hunger achievements we should know about?

One crucial aspect is the African continental free trade area (ACFTA). This can accelerate ending hunger as countries trade food and agricultural products more freely with each other. Together with the standardization of food safety regulations and stronger support for rural communities, the ACFTA will help East Africa reach Zero Hunger.

People in East Africa are incredibly resilient. What are some of the most striking examples?

In the mid-1980s, the world was shocked by images of hunger in Eastern Africa as famine hit the region. Despite the intensity of East Africa’s last drought (2016-2017), the prevalence and severity of hunger were minimal. It was the same for Southern Africa following its El Niño-induced drought – the worst in 50 years. Not one person died because of drought. We often do not hear about these success stories, but they show that over the years, the efforts of governments and development partners like FAO are paying off.

What does a Zero Hunger world mean to you?

A Zero Hunger world means better economies, health, education and more gender equality and social development. For me, it means that organizations like FAO will not exist to preach food security, but to sustain existing food security, focusing more on nutrition, environmental friendly agriculture, and rural development. Zero Hunger also means no food aid anywhere in the world.