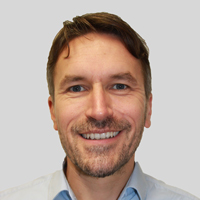 We’re alarmingly off track to end AIDS by 2030 and must increase political commitment and funding to avoid a resurgence of the HIV epidemic, says Director of STOPAIDS.

What has been achieved in the global response to the HIV/AIDS epidemic?

Incredible progress has been made. Globally, AIDS-related deaths have reduced by 51% since 2004 and 21.7 million people now have access to life-saving antiretroviral (ARV) treatment.

Is the global response strong enough?

We’re only half way to our goal and alarmingly we are off track to end AIDS by 2030. Nearly one million people lost their lives to AIDS-related illnesses last year and there are still 15 million people who don’t have access to antiretrovirals (ARVs).

New infection rates are declining too slowly; in 2017, 1.8 million people acquired HIV. But instead of redoubling efforts, many governments are deprioritising HIV and global donor funding has been reducing. Public awareness about the disease is still low.

Why is this moment so critical to ending HIV/AIDS?

If we globally recommit to ending AIDS now – by increasing funding, strengthening political leadership, and focusing on those who most need it – then we can stay on track. If we take our eye off the ball, we will not only miss the goal but will see a resurgence of the HIV pandemic.

What has the role of the UK government been in the fight — and what should it do now?

The UK has been a leader in the HIV response from the start, helping to found the Global Fund to Fight AIDS, TB and Malaria in 2002, and remains the second largest government donor. However, the UK government’s own programme funding and political prioritisation of HIV has dropped in recent years.

STOPAIDS and Youth Stop AIDS have worked closely with the UK government to address this through our It Ain’t Over campaign. Funding has yet to increase significantly but we have seen great leadership from DFID Minister,Alistair Burt,and the inclusion of HIV in recent key strategies and speeches.

What action needs to be done to spearhead this work in the UK and internationally?

STOPAIDS unites UK organisations to have a strong voice globally and works closely with the UK government to ensure it steps up, not away.

Going forward, we need to do two things: 1) unite the domestic HIV sector with those working globally to end AIDS by 2030 and 2) raise public awareness and mobilise everyone to join the movement.

Why is World AIDS Day important?

World AIDS Day is an annual opportunity to shine a light on the global and UK HIV responses and take stock of where we are, renewing our commitment to fighting the HIV/AIDS pandemic. As the 30th anniversary of the first World AIDS Day in 1988, this year is particularly poignant, which is why STOPAIDS is working with other UK actors to deliver the EndAIDS2030 Festival.

What have been the most significant moments in the fight against HIV/AIDS?

There are so many to cite but a few that spring to mind are:

What is a real danger?

Complacency is a killer. The opportunity to make AIDS history is within reach but, if we reduce attention and funding, or even just maintain current levels, we risk undoing all our hard work and the HIV epidemic will resurge.

Are you optimistic about the direction the world is heading in with regards combatting HIV/AIDS?

The future of the global HIV response hangs in the balance. We will do everything we can to keep HIV high on the agenda and ask everyone to help make it a reality!